NEWS.
May 2012:
Added an interview with Clive Nolan by Michel Scheijen.

March 2011:
Arena has announced that their new vocalist is Paul Manzi. Clive stated:
"Meet Arena's new singer, Paul Manzi. Known for his work with 'Raw Glory' and, of course, 'The Oliver Wakeman Band'... and now he has taken up the challenge of being the Arena frontman! Good luck Paul!"

In the meanwhile it's clear that John Jowitt will join the band again on bass! And so it is clear that Ian Salmon left the band.
See below for more album info. 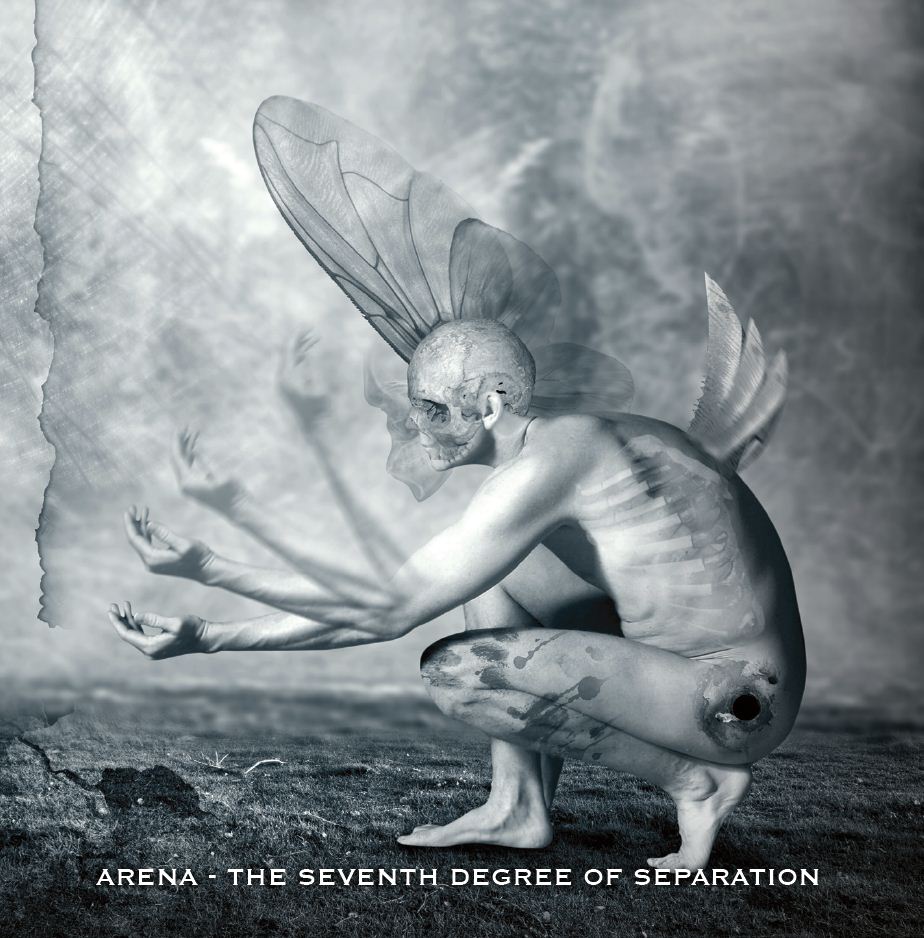 Tourdates are announced (November 2011)! Have a look here.

Dec 2010:
We are sad to announce that singer Rob Sowden has decided to part ways with the band. The explanation given so many times at moments like this is musical differences, usually as a veil for somewhat darker reasons; but actually, in this case, it is precisely the reason.

Started as a Marillion-clone with the man who played in 1.000 bands; Clive Nolan. Their debut is called; Songs from the Lion Cages ('93). With;

Pride ('96) is another good album followed by The Cry ('97) a best of the first two mentioned albums with three new tracks. Welcome to the Stage is a live album with;

In '98 with The Visitor. The Open Your Eyes tour starts in Utrecht, the Netherlands and is taped for video. With Immortal ('00) seems the band to look back to Marillion's debut-album at least the cover.

This records fits perfectly with the another few albums from 2000; Dream Theatre, Transatlantic and the Wall-live. The whole band plays on The Greatest Show on Earth, a project of Arena's accountant (!). Who earned enough money to pay these artists and a few more.
Their latest live album is called Breakfat in Biarritz a live recording, it isn't standing on my breakfast table...But is an excellent painting done by Mathias Noren. 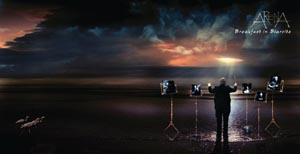 
Arena will be giving an acoustic fanclub concert to promote the new concept album Contagion at the Boerderij in Zoetermeer, The Netherlands on November 7th '02. As a special treat, the new album, out January 27th, will be played in its entirety after the acoustic show.

Contagion is recieved well, the sound is a bit more heavier as we're used from they studio-albums. The album will bring them back to the mainland of Europe; Verviers The Spirit of Route 66 (30/3) & Amsterdam Paradiso (24/4) to mention two.
Hope Ronals Woods & Tonnie Flakepaas enjoyed the show (Yes they certainly did ;-).

Live and Life is their latest live album.
And their new album was already to download on internet, before it was in the stores... shame, shame (December '04). 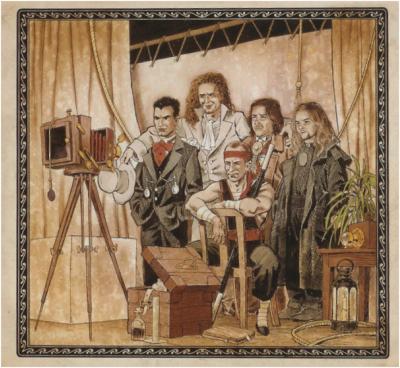 Again excellent Neo-prog, with a lot of keyboardlayers and great guitar solo's.
And a nice booklet too.

DVD entitled Smoke & Mirrors came out in April '06 and is recorded live in Poland. The Seventh Degree Of Seperation ('11).
The seventh album is a concept album, which explores the last hour of life and the first hour beyond. Its truly dark in the way that only Arena can do!

Ian Salmon is also known from Janison Edge and Shadowland.

John Mitchell: Arena guitarist John Mitchell will be supporting Marillion on May 4th 2002 when the band plays the the Hanehof venue in Geleen, The Netherlands. Mitchell will be playing an acoustic set drawn from material from his own band The Urbane. The set will include both songs from the band's debut album Neon as well as the almost finished follow up Glitter.
In 2002 he'll be a part of John Young's band.

John Beck (ex-It Bites), drummer Chris Maitland (ex-Porcupine Tree), singer and guitarist John Mitchell (Arena), and bassist Pete Trewavas (Marillion) have sett up a new band KINO. On December 8th the quartet makes its first ever live appearance for WDRs Rockpalast in Cologne. The debut album will be out in February 2005. Please find a MP3 sample of their music on our homepage.

John is playing in Blind Ego ('07) a project from the great guitarist of RPWL Kalle Wallner.

Touchstone is his latest session work ('07).


John will join BPII on their new album, that will apear early 2010.

Frost* is a project form Jem Godfrey, the recording of an album called Milliontown is started (winter 2006).

Frost* had plans to come to Europe in April 2009 with Magenta! But these plans failed but they did some dates with Dream Theater in the USA.

More news of FROST*:
For the upcoming live dates:
On the eve of the release of their double live CD featuring Nick DVirgilio ( Spocks Beard) behind the drum kit, Frost*, the British neo progressive rock band led by Jem Godfrey, have announced Craig Blundell (David Cross, Congo Natty, King King, Dr oKtopUs) will be joining them as permanent occupant of the Frost* drum stool.

Jem Godfrey posts - we're working on contribution to the ELP tribute CD...
Im currently working on Fanfare For The Common Man as part of the ELP tribute CD thatll be for sale shortly courtesy of Classic Rock Presents Prog magazine. It sounds like everyones at it. Magenta have done a track as has Johnny Mitchell and many others by the sounds of it. A few people rolled their eyes at the thought of us doing Fanfare saying that it was a bit of a dull choice. On one hand I sort of agree, but then this is Frost*. It was never on the cards that Id just ape the ELP version. So to that end, Ive taken the liberty of chartering a boat and have set sail to the land of Whaaaaaa! with it. Its should clock in at about 8 minutes and will hopefully take you on a taxi ride round the neighbourhood of the unhinged...

Paul Wrightson is playing in Blind Ego too.

Rob Sowden has finished recording his solo album. A release date is expected to be announced soon.

John Jowitt.
Please have a look at his own page.