Interviews with
John Jowitt and Martin Orford (Feb 2005).
Live review
NEWS March 2012:
Jadis is back in the sudio!!!


The name Jadis is taken from the novel The Magicians Nephew by C.S.Lewis. The same character later appeared as the white witch in The Lion, The Witch And The Wardrobe


Band with IQ keyboard man Martin Orford and the sympathetic guitarist Gary Chandler. Apparently these guys have been around in some form or other for quite a long time. Their sound is nice enough, not too adventurous or innovative, but not trite or overly derivative, although they do fit squarely into the rockin' neo-prog genre; More Than Meets the Eye, is their debut ('92). The music is full of lush synthesizer and guitar reminiscent of Steve Hackett and there is even some nice flute. The rhythm though is more straight-forward and commercially accessible. Followed up by Once upon the Time (3 track cd '93) and Across the Water ('94).

Once or Twice (96, 4-track CD EP).
Somersault (97).
After the departure of John Jowitt and Martin Orford, guitarist Gary Chandler had to find half a new band to record 'Somersault', released on Steve Rothery's Dorian Music-label. Some missed the familiar sound of Orford, others thought 'Somersault' was the best Jadis had ever done. With these two newcomers, keyboard-player Mike Torr (who left again in '98) and bass-player Steve Hunt, Jadis also did some gigs in '96/'97, of which this album is the result. Backing vocals are done by Josien Obers.
Parts of the music were used for a Dutch Radio Commercial for Ruanda last year.

This is an excellent album! They should have make it longer...

Medium Rare (01) is a collection of their EP's, mini disc's, unreleased material and a cover from The Alan Parsons Project; Old & wise.


They toured with Pendragon (as an acoustic Jadis: a duo-performance by Martin and Gary) as their support act as they started and even in 2001 they hit the road with them again. Ocassionally Martin and Gary are performing alone, such as they did in Verviers 25 November; really nice! If you like smooth prog rock i can recommend these guys! 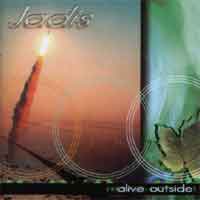 Is a change to hear them live, but it is better to go and see them. If you're not able to do that buy this one. This ceedee is recorded at the famous garden gig in Hampshire, Engeland, 14 July 2001.
Two covers one of Crowded House and the other is one of my favorite Pink Floyd tracks; Comfortable Numb.

Fanatic is their new album, nice proggy and good solo's on keyboards and of course on guitar. The Jadis-sound is established. Strongly recommended!

They have just finished the mixing of the forthcoming Jadis DVD. It is called 'View From Above' and it was filmed when the band went to Poland back in April. It features an hour long concert in Krakow, an interview with Gary and Martin and more. Released end of 2003.

They had a small tour in the Lowlands and Spain in Januari / February 2004. See this page for pictures and more info. 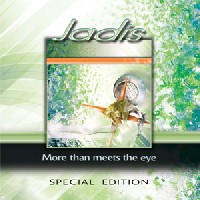 They're working on a new album, it has the working title Comfort Zone will be released so soon as possible (after the summer break).
The sumer break will end in February 2006 ;-)
And the album will be called Photoplay. Tourplans will be announced soon! 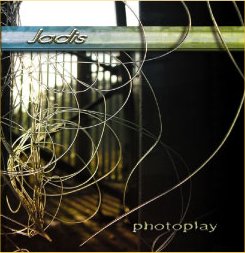 Gary reckons it to have some of his best riffs and melodies to date and says it shows a heavier side to the band which he has wanted to promote and get out of his system for a long time. A lot more has gone into the vocal arrangements and Steve Thorne has contributed backing vocals and harmonies on most of the tracks. Lyrically it covers a broad spectrum, but does touch a few times on Gary's disregard and loathing for religion and fanatical faith.

Martin Orford is involved too, but he will not join the band on their live tour!

In 2002 Steve Christey was a part of John Young's band.

Together with Martin he did some sessions for John Wetton; Nomandsland ('99) and on some recent work from '03 & Ken Hensley.

Steve is playing on John Wetton and Geoff Downes (2005).

Gary did some sessions for Martin's solo-projects.

And he went on tour with the 50-piece brass orchestra of the Dutch Royal Airforce, I believe he did two songs one of Elton John and Whiter Shade of Pale of Procol Harum.

He did some session and writing (?) for Mink. Mink is:

And he works with Steve Thorne. see also my live review of the Spirit of 66.


Gary, John and Martin will be playing in ProgAid ('05).
Here you can find interviews with them.

In 2009 he will be the support act of Shadowland.

See at this page for more info.