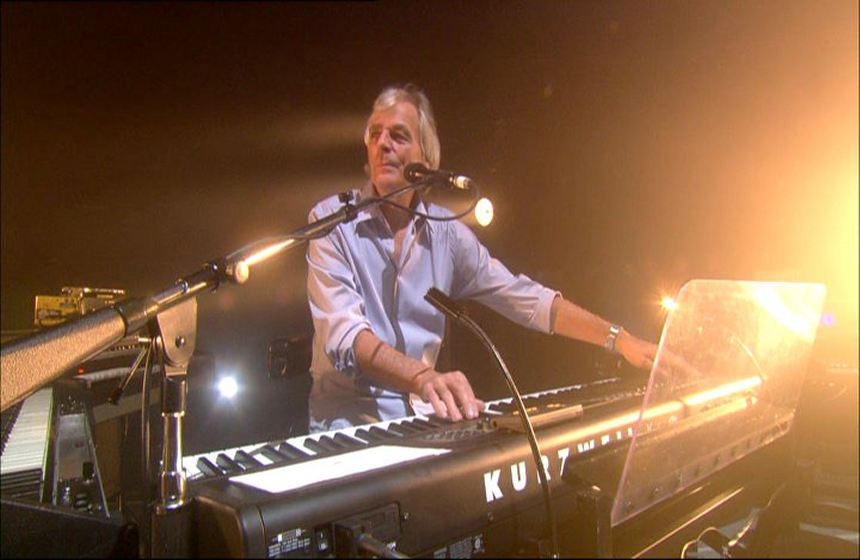 It is with much sadness that we bring you the news that Richard Wright passed away today (September 15th), after a short struggle with cancer. It goes without saying that he will be greatly missed. A founding member of the early Pink Floyd, his distinctive keyboard work was a cornerstone of the band's music, yet his contribution was of course so much greater than that, as a vocalist and songwriter, responsible for many significant pieces of music throughout the band's career. Our deepest condolences to his family and friends.


What a lost ... he was one of my all time favourites of the Floyds.
So unexpected, so sad.
My prayers are with his family. 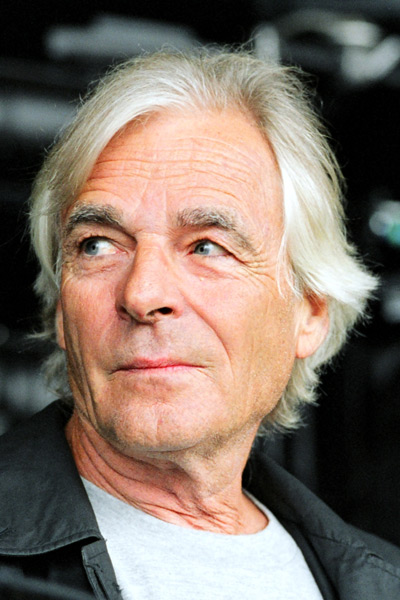 He started to play on guitar in The Sigma 6, later called The screaming Abdabs, with 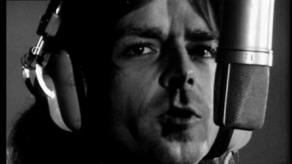 Together with RogerKeith "Syd" Barrett they formed Pink Floyd. And there he played piano and keyboards.
David Gilmour joined the group after the release of theire debut-album: The Piper at the Gates of Dawn ('67).

During the Animals and Wall period he didn't contribute much to the bands efforts. Roger wanted to kick him out of the band and so that happened. At the Wall-show he was just a hired guest-mucician.

When Nick Mason and David Gilmour wanted to conquer the world with the Momentary Lapse of Reason album and tour, Rick is hired as guest musician and he got paid by day.

Outside the band he was / is less active. Nevertheless he made two solo-albums, which included contributions from artists associated with Pink Floyd. He had also made on album as one half of the band called Zee.

('96), he surprised everyone with that album, a few strong pieces and very floydian. With help of the top-mucicians;

And again the cover is from "Hypnosic" Storm Storgenson and Pete Cruzon.

In the meantime there is an verry disapointed collaboration with Dave Harris (ex-Fashion) under the name Zee;

The pair had been introduced to each other by a mutual friend Ralf Ravenscroft (a sax-player), who just had finished working with David Gilmour. 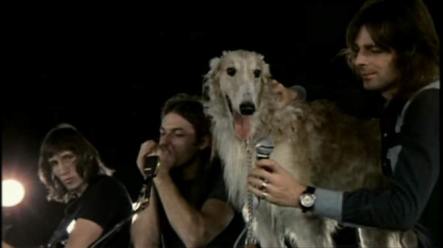 Juliette Gale is Richard first wife ('64-'82), they know eachother from the beginning of Pink Floyd.

He got a house in Lindos on the island Rhodos and likes to sail.

He married again, with a beautifull greek called Franka.

Daughter Gala, of his first marriage with Julliette Gale, likes the bassplayer Guy Pratt (Pink Floyd live '87 - '94) and both got married.

He married his first wife, Juliette Gale, in 1964. They had two children, Jamie and Gala, and divorced in 1982. He married his second wife Franka in 1984. They divorced in 1994. Wright married his third wife Millie (to whom he dedicated his second solo album Broken China) in 1996. Their only child is named Ben. In 1996 Wright's daughter Gala married Guy Pratt, a session musician who has played bass for Pink Floyd since Roger Waters' exit. In his latter years Wright lived in France and spent time on a yacht he owned in the Virgin Islands.

Wright died of an undisclosed form of cancer in his home in Britain on 15 September 2008 at age 65. At the time of his death, he had been working on a new solo album, which was thought to comprise a series of instrumental pieces.

David Gilmour:
No one can replace Richard Wright. He was my musical partner and my friend. In the welter of arguments about who or what was Pink Floyd, Rick's enormous input was frequently forgotten. He was gentle, unassuming and private but his soulful voice and playing were vital, magical components of our most recognised Pink Floyd sound. I have never played with anyone quite like him. The blend of his and my voices and our musical telepathy reached their first major flowering in 1971 on 'Echoes'. In my view all the greatest PF moments are the ones where he is in full flow. After all, without 'Us and Them' and 'The Great Gig In The Sky', both of which he wrote, what would 'The Dark Side Of The Moon' have been? Without his quiet touch the Album 'Wish You Were Here' would not quite have worked. In our middle years, for many reasons he lost his way for a while, but in the early Nineties, with 'The Division Bell', his vitality, spark and humour returned to him and then the audience reaction to his appearances on my tour in 2006 was hugely uplifting and it's a mark of his modesty that those standing ovations came as a huge surprise to him, (though not to the rest of us). Like Rick, I don't find it easy to express my feelings in words, but I loved him and will miss him enormously.

Roger Waters:
I was very sad to hear of Rick's premature death, I knew he had been ill, but the end came suddenly and shockingly. My thoughts are with his family, particularly [his children] Jamie and Gala and their mum Juliet, who I knew very well in the old days, and always liked very much and greatly admired. As for the man and his work, it is hard to overstate the importance of his musical voice in the Pink Floyd of the '60s and '70s. The intriguing, jazz influenced, modulations and voicings so familiar in 'Us and Them' and 'Great Gig in the Sky,' which lent those compositions both their extraordinary humanity and their majesty, are omnipresent in all the collaborative work the four of us did in those times. Rick's ear for harmonic progression was our bedrock. I am very grateful for the opportunity that Live 8 afforded me to engage with him and David [Gilmour] and Nick [Mason] that one last time. I wish there had been more.

Nick Mason:
Like any band, you can never quite quantify who does what. But Pink Floyd wouldnt have been Pink Floyd if [we] hadnt had Rick. I think theres a feeling now -- particularly after all the warfare that went on with Roger and David trying to make clear what their contribution was -- that perhaps Rick rather got pushed into the background. Because the sound of Pink Floyd is more than the guitar, bass, and drum thing. Rick was the sound that knitted it all together... He was by far the quietest of the band, right from day one. And, I think, probably harder to get to know than the rest of us... It's almost that George Harrison thing. You sort of forget that they did a lot more than perhaps theyre given credit for.

Rick and his first audience, it's unknown if they liked it.
Apperently they did because they returned on the "Atom Heart" album.
david gilmour pink floyd richard wright nick mason
roger waters syd barrett Updated 15th of September 2008 by Nick.
Shine On!
www.mostlypink.net