Born in Birmingham, 27 January,1944 at 11 pm. He studied architecture at London's Regent Street Polytechnic. He has been the drummer of Pink Floyd from the start of the group.

He started with piano and violin, but that wasn't his thing.
His first singles he bought were: Bill Haley "See you later Aligator" and Elvis Presley " Don't be cruel".
His firs lp was Elvis Presley 'Rock 'N Roll".

The screaming Abdabs; begin '64 with;

Soon they turned up in;

When Bob Close left in '65, they played R&B classics. Syd changed his direction and began to improvise on guitar and keyboards.

They changed their name to:

In the beginning of his musical career he married a girl called Lindy. She played the flute on The Grand Vizir's Garden Party and Green is the Colour ('69).

The drawing on the sleeve of Relics is Nick’s handiwork.

The only Pink Floyd songs that are solely credited to Mason are “The Grand Vizier’s Garden Party Parts 1-3? (from Ummagumma) and “Speak to Me” (from The Dark Side of the Moon). The one-off song by the band entitled Nick’s Boogie was named after him.

The only times Mason’s voice has been included on Pink Floyd’s albums are “Corporal Clegg”, the single spoken line in “One of These Days” and spoken parts of “Signs of Life” and “Learning to Fly” (the latter taken from actual recording of Mason’s first solo flight) from A Momentary Lapse of Reason. He does, however, sing lead vocals on two unreleased but heavily bootlegged tracks, “Scream Thy Last Scream” (1967) and “The Merry Xmas Song” (1975-1976). In live performances of the song “Sheep”, he did the spoken section.

Unlike the other members of Pink Floyd, Mason has rarely played an instrument other than his usual one (drums). He has only ever played non-percussive instruments on “The Grand Vizier’s Garden Party”, his personal composition from Ummagumma, where he provided some keyboard, guitar and bass noises, and on live versions of “Outside the Wall”, where he played acoustic guitar along with the rest of the band. He has claimed that he took some failed violin and piano lessons as a child.

He liked collecting cars and racing them. Together with David Gilmour and Steve O'Rouke, their manager, thye drove the Pan American Race in Mexico ('91).
One of his lates carracing was in Le Mans ('03).

After the split of Pink Floyd, he financed, assisted by David Gilmour, the tour of Pink Floyd. From the benefits he bought a few cars and kept the nickels in his own pocket.

With the help of Storm Thorgerson (and Rick Fenn / from 10CC) he wrote some books, one of which is called Passion of Speed. Another is "Into the Red" - a coffee table book of articles / pix of his favourite cars, complete with a CD of the engine sounds!

Nick Mason has made no solo-album in the strict sence of the word. However, he has collaborated on, co-written and co-produced two albums. Furthermore he did some drumming and he made some sound tracks.

Fictitious Sports ('78, released in '81) a jazz-album (Frank Zappa-style). Cover-design by Hypnosis. With Carla Bley who composed all the pieces, co-produced them, sung and played keyboards. 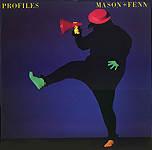 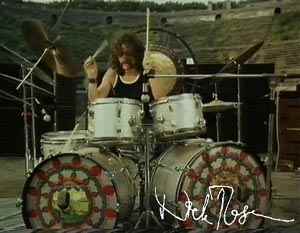 White of the Eye ('87) soundtrack with Fenn and the script was also from both of them.

Sh-boom with vocals of Eric Stuart (also 10CC) for the movie "Life could be a Dream" with Fenn.

This film is a 20-minute semi-autobiographical account of Mason’s motoring and professional career, featuring material from "Pompei". 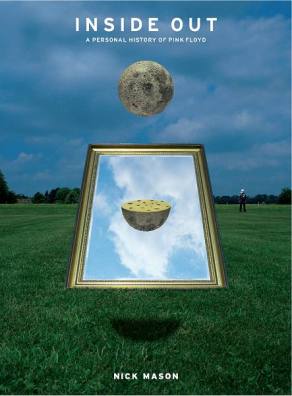 Nick Mason has written a book, Inside Out, detailing his years in the band during good times and, er, not-so-good times. According to MOJO magazine, Roger Waters says 'it's a good, light read, but he's surprised there's not more sex in it'...

A very detailed book and it's really fun to read.
Higly Recommended! 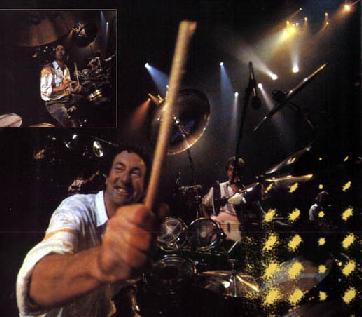