See for Oliver, Adam and Jemma the end of this Page.

Jon and Rick will go on tour! Check out the tour dates here.

At the age of seven on he studied classical piano. 14 years young, he joined a local band, Atlantic Blues, the same year he left school to enroll in the Royal College of Music. He had his eye on a career as a concert pianist, but Wakeman was dismissed from the college after it became clear that he preferred playing in clubs to studying technique. Before starting with The Strawbs he played in:

During the making of Close to the Edge in 1972, Wakeman also recorded his first solo album, an instrumental work entitled; The Six Wives of Henry VIII, which consisted of his musical interpretations of the lives and personalities of the said six royal spouses. Public reception of Yes' 1974 album, Tales from Topographic Oceans, was mixed, and the critics were merciless in their attacks upon the record. Wakeman exited the group before the album's supporting tour. His new solo album, Journey to the Center of the Earth, adapted from the writings of Jules Verne, and featuring a rock band, narrator (David Hemmings), and full orchestral and choral accompaniment, was released to tremendous public response in both America and England, where it topped the charts.
In 1977, Wakeman returned to Yes, with which he has continued recording and touring and making a lot of solo-albums, he left Yes again and joined and left and joined etc.etc.. In 2002 a few DVD's appeared of Rick:
Journey To The Center Of The Earth DVD,
Rick Wakeman - and the English Rock Ensemble live in Buenos Aires,
The Legend Live in Concert 2000.
Session for/ with:

and he's working on a other Tsunami Project, see the News section. Ayreon (The Theory of Everything '13)

In 2003 with a great, proggy album called Out There with 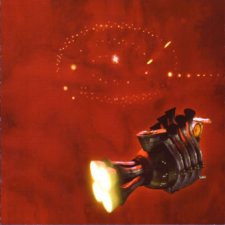 Damian Wilson (and Tonny Fernandes, Ant Glynne, Lee Porneroy with an additional guitar solo of Fraser Thorneycroft. It doesn't sound as a solo-album of Rick as we are used to the last decade, but more a result of a band.
People who like Ayereon, Threshold or Arena will love this.
Also big point of credit is the albums artwork. Painted by Wakemans girlfriend Alicia Bencini, a painter from Italy and I think it complements the music very well.
It's a shame that Damian will not do the live tour, but Ashley Holt, a long time musical friend of Wakeman.

Classic Pictures will be releasing Rick Wakeman Made in Cuba DVD on 5th September 2005.

RICK WAKEMAN: announces the full line-up for the epic stage production of The Six Wives of Henry VIII - Live at Hampton Court Palace, May 1st & 2nd, 2009. Additionally, The Acoustic Strawbs, led by frontman Dave Cousins are confirmed to be supporting on both nights.

The confirmed line-up is now as follows

In 1972, Rick Wakeman released one of the most iconic solo albums of all time, The Six Wives of Henry VIII. Amazing, the music has never been performed in its entirety until now! Staged in spectacular style at Hampton Court Palace, in front of Henrys Gate, this truly unique concert features expanded pieces from the music of the Six Wives and additional tracks; Tudorture, Defender of the Faith and Tudor Rock, composed exclusively for this performance.

The Classic Media Group will be filming the event for a future DVD release. 2009 is the 500th Anniversary of Henry VIIIs ascension to the throne and Hampton Court is playing host to numerous associated events throughout the year. Information can be found on the Rick Wakeman Official website and for ticket & Venue Information, click HERE.

Son of Rick and also a good keyboardplayer;

Meanwhile, Oliver Wakeman has released his "solo"-album, called The 3 Ages of Magick. This album, presented as "Oliver Wakeman with Steve Howe", has been launched at a release party on July 23rd, with Clive Nolan, Tracy Hitchings and Rick Wakeman present in the audience. Rick Howe plays guitar on the album.

Landmarq's Dave Wagstaffe will be playing drums on Oliver Wakeman's new album Anamcara. The album, which has "a more Celtic/Gaelic flavour", should be released later in the year 2002.
Oliver Wakeman will be headlining this years Classic Rock Society Awards Night with his Anam Cara project. The band consists of:

The set will include material from the new album Anam Cara as well as material from The Hound of the Baskervilles, Jabberwocky and The 3 Ages of Magick.

The concept of the third Clive Nolan & Oliver Wakeman collaboration will be based around Mary Shelley's Frankenstein story. With the busy schedule of both gentlemen, a release is not expected before early 2004.

He made some contributions to a few albums with Poems; the great epic poems etc.
And some New Age music such as you'll find on the album Chakras.

November 2005 sees the release of Olivers latest album, the band orientated Mothers Ruin through Progrock Records. Oliver will also be performing shows with his band in support of the album.
The line-up will be

Bands that Adam has worked with live include (and also some of the most nice looking girls on this planet):

A company of snakes (formerly Whitesnake),

Progressive Rock legends YES - at the Manchester Apollo, England - ex keyboard player Igor was delayed in the US. Adam played the encore after Igor's last minute arrival on Fepuary 26th 1998,

MYSELF - album by Norweigen artist Hanah on EMG Europe,

Daughter of Rick (and Nina, Rick ex) and responsible for the cover of Wakeman with Wakeman ('92).