Iona is an ancient Gaelic word meaning Isle of Saints. Geographically, Iona is a small island, only 3 miles long, located off the western coast of Scotland, a short ferry ride from the Island of Mull.

Musically, Iona is a British-based band whose lyrics focus on the roots of Christianity in the British Isles, and whose musical style, even if the band do not like being labelled, is a blend of Celtic pop,(progressive) rock and new age, often compared to that of Clannad, Enya, Kate Bush, Karnataka, and Peter Gabriel.

After being a member for 14 years, Troy has left the band. Here is a statement from Troy;
"I have had a wonderful time with my friends in Iona and am very, very proud of the albums we made together. But, as in all of life, things change. After extended periods of no activity we have found ourselves with a very different musical and philosophical direction. We have parted as great friends should, with a sad-happiness and I truly wish , without cliche, all the very best for the future".

David Fitzgerald (sax, exotic wind instruments) is the founding member of Iona. In 1988, during a time of extreme physical and spiritual burnout, he traveled to Lindisfarne, a small island off the northeastern coast of England, related to Iona in its role in spreading the Gospel to England. Fitzgerald shared his vision with his friend and musician Dave Bainbridge (keyboards, guitars). Joanne Hogg was invited to join the band. Joanne was the lead vocalist on Child of Darkness on Adrian Snell's Alpha and Omega rock opera. And so the band was been born.
Their debut album is from '88.
In 1992, the threesome became a five some with the permanent addition of Nick Beggs (chapman stick, bass guitar) and Terl Bryant (drums, percussion).
Iona's second album, The Book of Kells, is a concept album, focusing on one theme only: The Book of Kells, an 8th century manuscript filled with lush pictures illustrating the Gospels, possibly originating from the monastery at Iona. Listening to the music while looking at the pictures from the book helps create a moving experience. Frank van Essen does a small guest appearance.
Iona's third album, Beyond These Shores, was released in 1994. New to the band is Mike Haughton (sax, flutes, recorder, backing vocals), who toured among the others with Cliff Richards, replacing Fitzgerald who left in September 1992.
Released in 1996 is Journey Into The Morn, fourth Iona's album. Again an album close to Clannad and Enya, gently Celtic songs, quite nice. Is progressive or symfo? Yes i should suppose, but more important; music with a big M. Etheral, melodic, it catch you, nice guitar work and those Uilleann Pipes bring that extra dimension. Not to forget violins and whistles... Heaven Bright Sun is one of the highlights.

YouTube a live recording from '96!
All so young and shining (and with a lot hair!

Heaven's Bright Sun, the live double album, was recorded during concerts in England in December '96 and released in '97. Current members:

In 1998, after eight and a half years of albums and touring, the members of the band feel its time for a period of reassessment and some wanted to do some solo-projects and others just wanted to stop.
On May 28th 1999 at the Royal festival Hall in London IONA joined forces with the All Souls Orchestra for a unique collaboration to celebrate the band's tenth anniversary. Woven Cord marks IONA's return to live performances after their sabbatical year with their current line up: 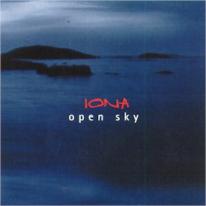 Open Sky is their latest release ('00).
An album which is atmospheric throughout, intense, sometimes gentle and melancholy, sometimes powerful and emotional, with lots of ambient keyboard over which pipes, violin and electric guitar are played, and also Hogg's crystal clear voice as an added instrument. The music carefully builds up to the several climaxes, where the multitude of instruments that the musicians in Iona use mesh into that wonderful characteristic rich sound.

They've a new ceedee-box out with 4 ceedees. The band's first 3 recordings all re-mastered and included on the new box set The River Flows.

In the meantime bandmembers are busy with raising kids, some solo albums and just some regular jobs. 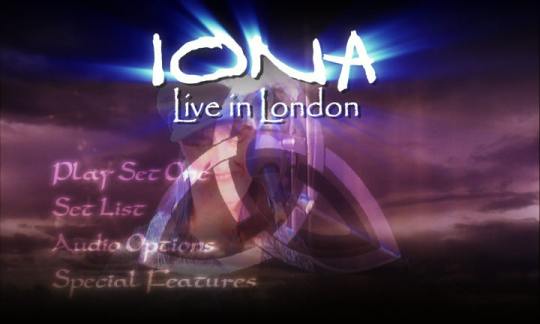 Snapshot of the new DVD.

Live In London (DVD '06).
An outstanding live recording of a great gig!

And a new album, The Circling Hour, is out now!

The players on the album are (with their various instruments):

Heather Findlay end vocals (on 11)(Heather is from Mostly Autumn). 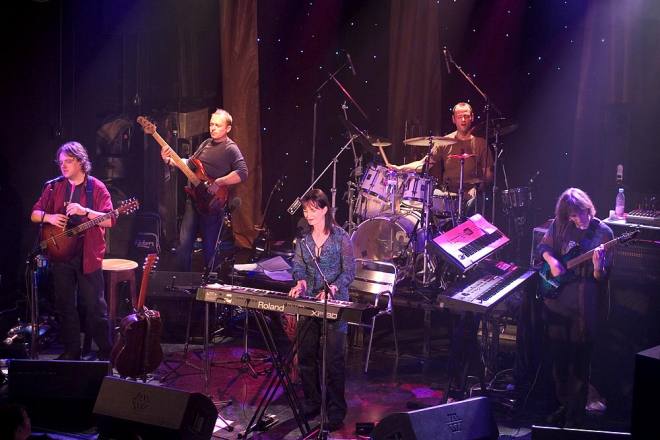 PS I was very pleased with this venue, Hedon Zwolle; clear and warm sound and a really astoinishing lightshow.


JOURNEY INTO THE MORN - IONA
We can finally announce that 'Journey into the Morn' - IONA's best selling album to date has now been re-released on our own Open Sky label, complete with great new artwork from Tim Martindale. Originally released towards the end of 1995, 'Morn' was one of Q Magazine's top 50 albums of 1996 and one of their top 5 Folk Albums. Featuring many of Iona's best loved songs (see the Iona website for more details) we are thrilled to have this landmark album back in stock after being unavailable for a number of years. .
Avaiable at: www.iona.uk.com. 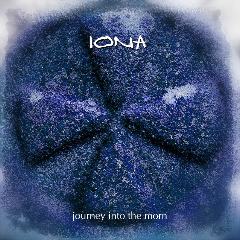 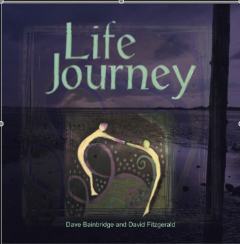 Almost 5 years after the release of IONA’s last studio album ‘The Circling Hour’, the band’s latest opus ‘Another Realm’ is fast nearing completion and we are now taking pre-orders. Over a year in the making, this is the band’s first double (2 cd) studio album, with approximately 93 minutes of brand new IONA music! The band have expressed that in some ways this album is like a new beginning and a renewing of that original vision which first inspired the formation of IONA. With some incredible new songs, both epic and intimate instrumental sections, stunning vocals from a newly impassioned Joanne and introducing new band member Martin Nolan on pipes and whistles, ‘Another Realm’ will take you on a journey that will deeply touch and inspire. Pre-order now and be one of the first to receive the album. Income from pre-orders also helps the band to fund the mastering and manufacturing process. Release date is still to be confirmed at the time of writing, but we’re hoping for early summer or sooner if we can. 
Please visit their site at:
http://www.iona.uk.com or:
www.myspace.com/ionauk
Here you can find an interview with
Troy Donockley and
Dave Bainbridge.