This is the tracklist of the Special Double Edition: 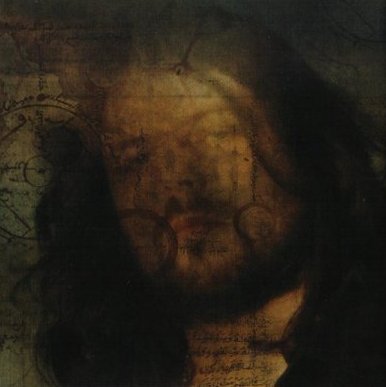 
with:
* Troy Donockley - string arrangemnet and programing - above the Blue, Uilleann pipes, low and penny whistles.


After 3 months of non-stop work Glass Shadows has finally been completed. All the tracks are recorded, mixed and mastered and very shortly off to the pressing plant. The final tracks and running order can now be confirmed as:

The accompanying DVD for the limited edition version has also been completed and contains the following:

The main video diary is a little over 1 hour 43 minutes in length and follows the development of the album from the early writing sessions in the Lake District right through to the recording, mixing and final production stages at Fairview Studio. Rather than being a technical documentary it focuses on the band as themselves and is a very open and honest account of events. It may cause the odd eyebrow to be raised and remove a few myths. Frequently highly amusing, occasionally very emotional, this is probably the best insight fans will ever have had of life behind the scenes in Mostly Autumn.
The bonus tracks are worth mentioning too. Both Slow Down and Black Stone are unfinished tracks that the band put to one side in order to concentrate on perfecting the main album tracks. Neither had got as far as vocals but instrumentally both were well developed. As such they make fascinating listening. It is also a testament to the quality of the songs on the main album that tracks as strong as these two didnt make it. The alternative mix of A Different Sky is also intriguing as the vocal mix is quite different (no pun intended!) to the final version.
As far as artwork is concerned, subscribers to the limited edition are in for a treat. Richard Nagy (creator of the artwork for Odin Dragonflys Offerings album) has excelled himself and there is a plethora of wonderful illustrations that will be included. Its not possible to describe them here, so youll just have to wait and see for yourselves!
The album itself clocks in at a little under one hour. As far as the songs are concerned Ill leave you to hear for yourselves as they were pretty much covered in the previous update. Suffice to say that as a whole, I think this is the strongest, best-recorded and most cohesive Mostly Autumn album to date. Heathers vocals are truly outstanding, Bryan guitar solos are packed with emotion yet are concise where they need to be and the contributions from Andy, Henry, Olivia and Anne-Marie are consistently superb. However, equally impressive, is the quality of the song-writing on this album.
Next up of course is the tour and as this is being written the full band are busy rehearsing (very loudly I can tell you!!!) both new material and older songs from throughout their back catalogue. And in amongst the old favourites you can expect one or two surprises!
This may well be the final update on the making of Glass Shadows. However, we just may be able to bring you another short video clip in the next week or two so keep checking back

See you on the road! 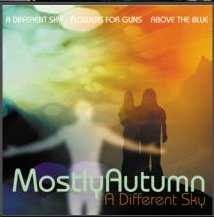 Promo video on you tube from the single "Fireside". Really nice clip, but it didn't made MTV, think to blame is the lack of a big recordcompany with a box full of coins.

PASS THE CLOCK ('June 2009).
A triple album with a great selection of their best.
The band choosed 3 moods:

And indeed the cd's are laying down moods, and yes i maybe you'll miss a certain song, but the collection is great. The remarkable guitar play of Mr. B. Josh is one of the trademarks of the overall sound. Of course Heather voice is sublime.
Good to see that songs of Chris Johnson and Iain Jennings survived the selection.
Bitlliant!
9+ out of 10.

A Thank You
It seems incredible to me that we are now over ten years on from the release of For All We Shared our first album. In some ways it seems like yesterday, but when you gaze at a list of the best part of one hundred songs it somehow sobers your perspective of the time, but what a journey! It has been without doubt the most incredible decade of my life, and in turn I hope that Mostly Autumn has brought something to each and every one of you, for your support has without doubt been the life blood that has kept the spiritual engine that is Mostly Autumn alive, and for that we sincerely thank you. 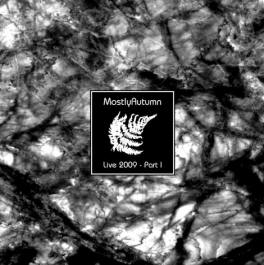 Mostly autumn Live 2009 will consist of two albums, set one and set two. The first of which is at the pressing plant as we speak and will be available in around two weeks. The second will be available when we have completed the mixing, which should make it sometime in November. Watch this space.
We decided to record many of the shows earlier this year so we could hand pick the versions we liked the most, as opposed to recording the odd one and patching it up as many bands do these days. The result is that what you hear is what was played - warts and all, and these albums are great, honest representations of songs many of you will have witnessed.
There will be 130 minutes of music mixed at Fairview studios with John Spence, and we must say that we feel these albums are by far the best live releases we have ever attempted. In fact, we seriously believe that we have here the definitive versions of many of our songs; they have just evolved beautifully with the strength of our current line-up. Its very live and very powerful so make sure you crank it up.
Well, thanks again for your support and we apologize for the time it has taken for the albums to come to light but the work load was and still is substantial, but we are almost there..
Cheers,
Bryan Josh on behalf of Mostly Autumn.
Ps. We will keep you posted soon on news of our new studio album which we are currently working on also, exciting times ahead

New reviews of the live albums and "Pass the Clock" you can find at BackGroundMagazine.
+ a live review from Peron55 in Venlo.

Live Photo's from the Dutch X-mas gig at this spot.

The Albums, click on the titles for more info.

New: photo's and reviews of the Dutch Spring tour 2009 at this spot.

Tour dates on this page.

Back to Mostly Autumn

Competition!
Please be so free and sign my guestbook.

Symfo Index.
Updated October 2009 by Nick
For all who we've lost, where ever they are.
www.mostlypink.net