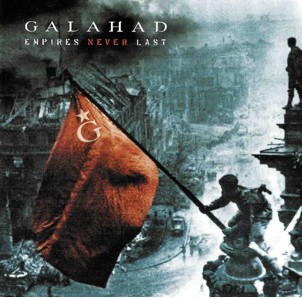 And introducing some very special guests:


Resonance ~ Live In Poland.
Tracklist: Intro: Montagues And Capulets (Prokofiev), I Could Be God , Year Zero [Parts 1 to 4] - I) Yearzeroverture, II) Belt Up, III) Ever the Optimist, IV) The Charlotte Suite, Bug Eye, Sidewinder, Sleepers, Empires Never Last, Termination, This Life Could Be My Last... Recorded on the same night as the Pendragon DVD.


Read a great review at DPRP.

Galahad are proud to announce the release of a double live album Sleepless in Phoenixville  RoSfest Live (GHCD10) which was recorded at ROSfest 2007.

The album is a double CD that has not been edited at all, you literally get the whole concert including all the inter song waffle!! It is as it was, i.e. no editing, reparation or auto tune!!! Consequently, it hopefully captures the spirit and momentum of a triumphant debut Galahad concert in the USA.

We would also like to take this opportunity to thank the audience who made us feel so welcome over the duration of this wonderful festival of progressive music.

The track listing is;

They always stood in the shadow of neo-prog acts like Pendragon, Arena, I.Q, and Marillion. But in 2007 the awesome Empires Never Last finally put them on the map of neo-prog exponents. Before this release they played a great show at RoSfest-Pennsylvania.
This complete show is captured on two discs, and both contain Galahad classics plus tracks from the forthcoming album. Songs from Empires are sometimes played in arrangements which are a bit different from the studio versions. But who cares? It shows a band in great motion.
There is no doubt that Galahads a great live-band, and knows how to give a superb show. They play their songs with passion and dedication. The only comment on this album is the lack of the recording quality. It all sounds a bit lash and thin, and theres no organic live feeling or human steam. Like if they are playing at old grannys attic instead of the legendary Colonial Theater in Phoenixville. This could be a lack of experience, because the band recorded and mixed the album it self. But because of that it wouldnt be fair to judge the album inferior. Sleepless In Phoenixville is a nice live document, and a worthy introduction from a band thats been ignored too often. 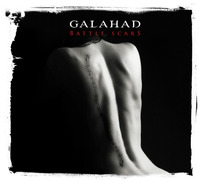 They have a lot festivals on their road, like this one:
1 Sept - Progmotion Festival, De Pul, Uden, The Netherlands with Minor Giant and Wolverine.
More tour dates.


Lee, a multi-instrumentalist, particiated in a other Tsunami project and made a few solo albums, View from the Bridge ('05), with: