New re-issue of his first 2 albums are available the first of November, read more here below.


New video online:
The new MANDALABAND album 'BC - Ancestors'
was released in October
and will be available from the www.myspace.com/mandalaband3 web site.
*****


David Rohl is the founder of this unique project.
Born in Stretford, Manchester, on September 12th 1950.
His first band The Sign of Life in 1967. This five piece (with David on Clavinet keyboard and backing vocals) finished a tour of the US military bases in Germany during the winter of 1968/9.
The Moody Blues aked him to photograph the band on tour and create the inside spread of their gatefold cover for A Question of Balance (released in August 1970).
A few mounths later he formed Ankh (the Egyptian Sign of Life) which was soon being mentored by Eric Stewart. The idea of the Mandalaband started to get shape. David worked now as chief engineer atm the Strawberry Studios.
His first album was just called Mandalaband ('75). It was recorded after some live gigs, one of the main writers David Rohl was not present during the recording sessions. The cause was a dissagrement with the record company.The album was engineered by Tim Friese-Greene, who is now well-known for his success with the band Talk Talk. 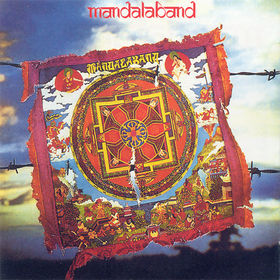 The record label asked David again to make another label and gave them free credits: 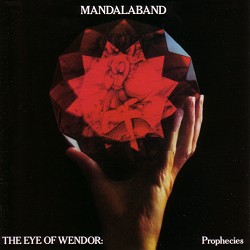 Arguably the most successful and listenable of the orchestral progressive rock era's declared concept albums, and certainly a rival to Yes' Close to the Edge and Tales From Topographic Oceans and more concise than Jeff Wayne's War of the Worlds. The music encompasses classical and new age elements as well as folk influences, as it tells the story of the early history of the kingdom of Wendor. Justin Hayward, in excellent voice, sings the part of King Aenord, Maddy Prior makes a wonderfully expressive Princess Ursula, and Eric Stewart is an attractive Florian. 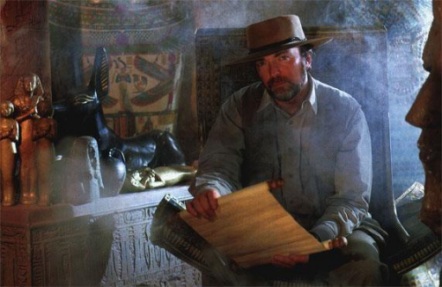 After all those years the producer, engineer, and now Egyptologist (!) David Rohl has plans to make a new album!
Troy Donockley the famous pipe player is involved already.

And yes David Rohl made some noise with writing 4 books about how he thinks the history took place. Made some bbc docs aswell and no het is retired in the mountains of Spain.

As things stand at present (late February 2007) these are the plans for Mandalaband III. However, as is invariably the case with new projects, much can happen twixt cup and lip (especially when Woolley adds his recipe to the brew). 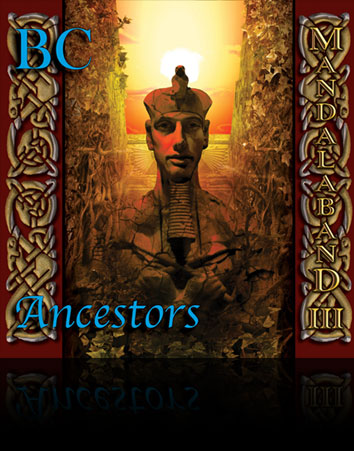 In January of this year Kim Turner flew out to Spain to work with me on some track sketches for a proposed new Mandalaband album. Those of you who are in the know will be aware that this initial get-together marks the first Mandalaband recording session in more than thirty years  probably a world record for an interval between albums. You can hear the backing tracks the two of us concocted at the David Rohl MySpace, URL: http://www.myspace.com/david_rohl along with some other earlier Mandalaband pieces.

But this was not the first chapter in the story of the Mandalaband reincarnation. That began about three years ago when I talked through the idea with Keith and Monika when I visited them in Southampton and then, subsequently, I had a meeting with Woolley at the British Museum (two antiquities, so to speak, meeting up for the first time in what would normally constitute an entire archaeological period, i.e. twenty years).

At the same time, and quite coincidentally, Ashley Mulford (Mandalaband I and Sad Café) got in touch by e-mail to let it be known that he would love to do something musical with me again. So the bones of the ancients were stirring in the ground and a resurrection appeared to be on the cards. Kim Turner, Steve Broomhead, Craig Fletcher (all of Maestoso), plus Dave Irving (of Sad Café) were quick to sign up. A studio band was beginning to take shape (albeit with a plethora of fab guitarists but, hey, who cares  this just means more great guitar solos which we all like dont we?). I felt like Moses leading the mixed multitude out into the wilderness in search of the Promised Land. Mandalaband III was rapidly becoming a tribe. More great musicians and vocalists have joined up in recent months but I will keep that under my hat for the moment if you dont mind.

Anyway, the ball is now rolling and the first tracks are being written, recorded and dumped straight into the bin. Eventually, though, we will have enough good material for release  in about a years time. In fact, it looks like we will be recording two albums simultaneously.

The first is provisionally entitled BC and will be themed on the legends, heroes and great events of ancient history. The second is provisionally entitled AD and deals with legends, heroes and great events of the centuries since the crucifixion. This second album will predominantly focus on the Sangreal and its history over the last 2000 years. If you have no idea what the heck I am rambling on about then just do some internet questing for answers or simply wait for the CDs. All will be revealed. Actually, very little will be revealed as the lyrics of the songs are intended to be doorways to your own personal discovery rather than instruction manuals. On the other hand, you could just forget all this esoteric nonsense and simply enjoy the music. We will prepare a sumptuous table for your repast and you can just eat what you will (or what you are). Of course, the music will be pompous, grandiose, self-indulgent, majestic, myopic and magnificent (I have told Woolley that he has to write with majesty and beauty for M III or else I wont let him play with all the new and wonderful sounds I have gathered together for his pleasure) so you can probably anticipate what sort of hydra we are going to create.

Woolley comes over to the Spanish studio retreat in a few weeks time and I look forward to updating you on how things went and what we managed to achieve in amongst the cherry blossom.


BC Ancestors (Oct '09) is dedicated to those Mandalaband members who are no longer with us; Ritchie Close (keys), Mel Pritchard (drums), Paul Young (vocals) and Phil Chapman (sax & flute).


Superbly produced by David, excellent art work, high quality music, top notch musicianship, this is the complete package and a must in your collection, so don your back pack, grab your trowel, and venture to the land of mandalaband.co.uk and enter their toko.

An interview with David Rohl and a review of the album you find here. 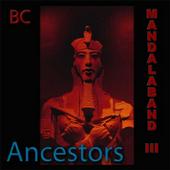 The new albums will contain 25 new tracks with heavy and dreamy orchestrations, majestic themes, screaming guitars, beautiful voices and of course the holy Uillieann pipes...
The band did some rehearsals, apparently they want to hit the road! 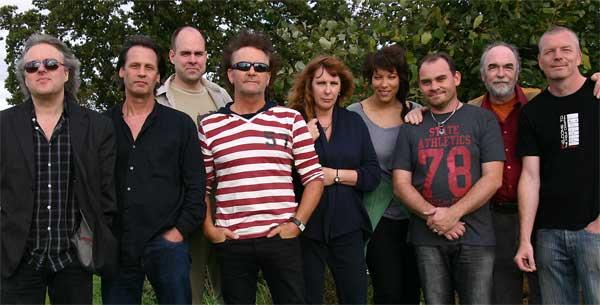