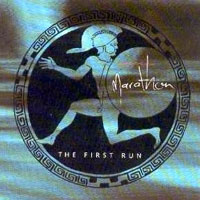 The year 1998: In this year, the life of one of Hollands greatest prog-rock bands came to an end. Marathon split up. As a thank you to the fans and a closing chapter to the story of Marathon the band released a live-album, containing most of the material of their two albums (The First Run and Norm). Although the recordings date back to 1996, they were released only after the demise of the band. Such a shame. (source DPRP)

The year 2003: ENorm started in 2003. They released their first album Real Today the same year. One of the songs from this album, 12th Man, was written for a documentary about the Dutch soccer team FC Twente when they won the cup final in 2001 and is still sung out loud in the FC Twente stadion during socker games.

Their second album Enonymous was released in May 2005. This was celebrated with two great concerts. The reactions of both fans and critics were more than positive. The presentation of the album was done live by two of the best known Dutch djs: Coen and Sander from 3fm. The single Answers ended up in the Dutch Top 100. The song German Soldier received national attention on Dutch television.

Over the years, ENorm has built a great reputation as a live band. They have appeared onstage with both national and international artists. A few examples: Sting, Golden Earring, Tower of Power and Van Velzen, Van Dik Hout, Krezip and Ilse de Lange (the latter four being Dutch of course :) ). ENorm has also made their appearance on TV, on both regional and national channels as well as on regional and national radio. From 2006-2008 the band organized their own ENorm Festival.

The year 2011: ENorm = MARATHON (ENorms Marathon Revival)
The band will perform the best songs of the Marathon era on stage and will complete their set with some ENorm tracks along with some covers of their favorite artists such as Saga, Rush, Marillion and Alan Parsons Project.

Dutch club tour is in progress now and dates will be revealed as soon as possible. 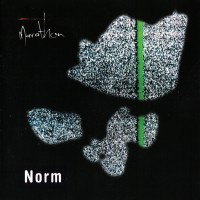 The single 12th Man' for a doc about the soccerteam of FC Twente.

Single; 'German Soldier' was responsible for some news, because of the use of the recording of a part of speech from Adolf Hitler. It's warning for what happend then... YouTube. 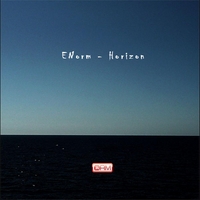 Finding my Way ('12).
Prog-rock but also elements of the early U2 and Coldplay, with a driven attitude that would be justified a bigger stage.


Please go and watch them, they are worthed a evening of fun and good Music.