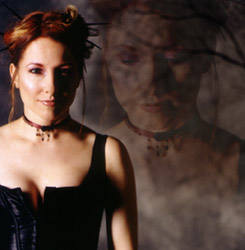 Marked for Madness seems to be a concept album:
MY: The idea behind it was to recognize some of the things that can attack our psyches and drive us towards frustration and madness. Everyday we're in a battle of "good vs. evil" ... we try to eliminate or overcome the bad things that come our way, and sometimes things can get just too heavy or dark. We need to remember to reach up and out towards the light if we want to rise above the plague of evil that resides in the world.


This is a bit of an interview by Igor Italiani from http://www.progressiveworld.net/:


II: I know maybe it's still a bit too early, but are you already working on your third album?
MY: Definitely! I was already writing for it before I was finished recording Marked For Madness. It's tentatively titled Three Tales 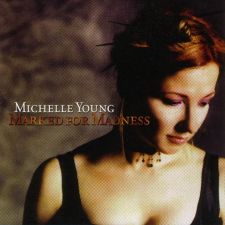 For The Telling, and I plan to work again with Clive and several other talented musicians. I'm very excited about it, but it will be even a greater challenge than Marked For Madness.

II: You have already collaborated with a lot of great musicians, but if you could choose a "dream team" to do an album, what musicians would you pick up (including production duties)?
MY: Oh, that is such a difficult question because there are so many people I would love to work with. Each musician adds his/her own flavour to the music, and different combinations would have different results, with each likely being as enjoyable as the other. But, if I must give specifics ... I would of course want Clive (Nolan) on the keyboards, but I'd also like to work someday with Vince DiCola, Andrew Giddings [A HREF="http://www.j-tull.com" CLASS="link">Jethro Tull], and Trent Gardner [Magellan]. I am thrilled with what Doane Perry (Jethro Tull) does on drums, so of course would want him, too ... but, it might be interesting to also see what Simon Phillips would do with my material. I would love to work again with Stan Whitaker [Happy The Man], but I'd like to also work with Arjen Lucassen (I love The Dream Sequencer) and Adrian Belew. On my "dream team" Ian Anderson would play the flute, Itzhak Perlman would cover the violin parts, the London Symphony Orchestra would cover all the other orchestrated parts, and Jerry "Wizard" Seay (of Mother's Finest) would be on bass. About production duties ... I would love to work with Danny Elfman, Steve Hackett (I love Please Don't Touch), or Queen's production team. Of course, we can't forget the male vocalists for the duets ... and I think I'd have to start with George Michael and Peter Gabriel, but naturally the list wouldn't stop there, ha-ha.

Song of the Siren ('96) was her first solo-project while Glass Hammer artists Fred Schendel and Steve Babb (DeArqe) co-produce and assist in production respectively as well as perform on the album. An album with proggy songs, fine ballads and some links with Kate Bush.