THE DAWN AFTER GENESIS

An interview with Ray Wilson by Michel Scheijen for Mostlypink.net

Ray Wilsons membership of Genesis is one of the curious moments in the bands history. The lead-singer of the indi-rockband Stiltskin took over from Phil Collins in the 90s. A quite ungrateful job, after all. Looking back on his career, Ray made the best out of a bad situation. He tours with the Berlin Symphonic Ensemble performing Genesis classics, and with an acoustic band performing unplugged. www.mostlypink.net spoke to the friendly Scotsman in Germany during his acoustic tour.

MP: How are you?
RW: I'm doing very well, thanks. It's been quite busy two months. We've played between twenty-five or thirty successful shows in March and April.

MP: Youre touring with two different shows. Isn't that a bit though?
RW: I've got two album-releases this year. The 'Genesis-Live Classic' double album/dvd, and the new Stiltskin-album coming up in September. There are also some financial commitments from my companies. You'll have to work to bring in the money to use for promotion. That's the way I do it. I wouldn't say it's though to go from one idea to another. If I did too many acoustic shows, I'd become bored. It's nice to have some variety. We started doing these Genesis Quartet-shows with two violins, and without drums or bass. That's really great, and I'm very pleased with that. I'm doing acoustic shows for many years, so that's very easy for me to do. 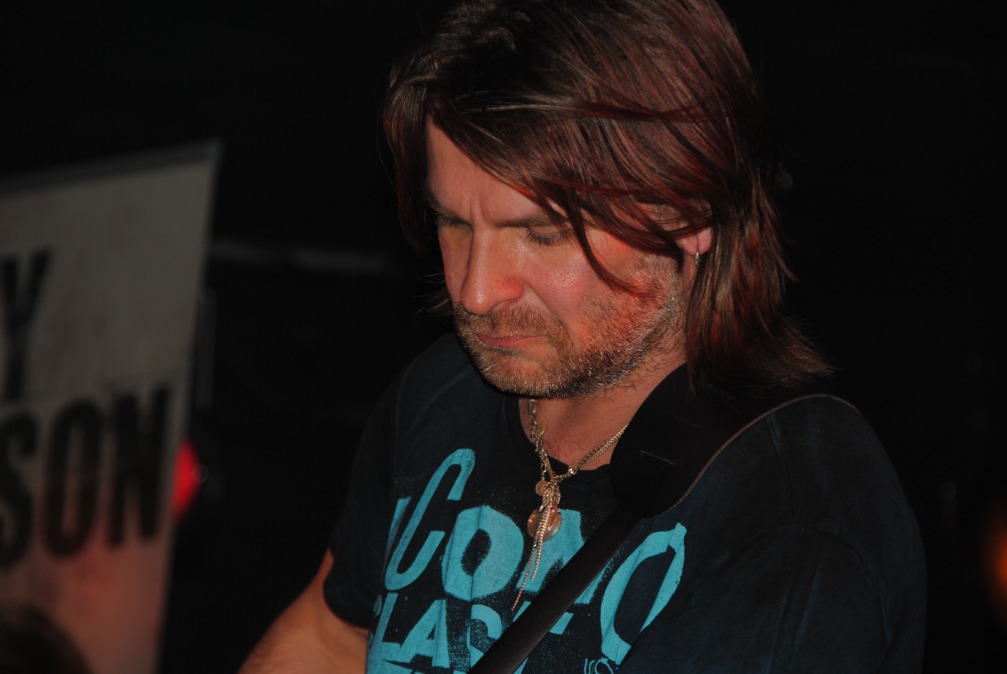 MP: What's the difference between these shows from artistic point of view?
RW: Good question! There are a lot of musical elements in the Genesis Quartet-shows. The arrangements and dynamics have to be correct. Especially when you're playing with violins, piano, and another guitar. With a chorus the dynamics get bigger. A solo gig is a different kind of approach. There you can't really build a dynamic, because you've got only one instrument. You make the dynamic less, or reverse it. Dropping the chorus down instead of building it up. For me as an artist it's all very common.

MP: Which of these shows do you prefer?
RW: I don't think I have a favorite. It's the variety I like most, and that's why I do this different kind of shows.

MP: Variety seems to be a metaphor for Ray Wilson, because you're very all-round as a singer.
RW: I don't have any limitations musically, and I'm open to ideas. I'm a singer, and I'm lucky I've got a good voice. That's my first instrument. I'm not signed to a record label. Since the last Stiltskin-album (2006) I'm completely independent, and I've got my own companies in the , , and . Also my publishing is owned by me. Except for the songs I did with Armin van Buuren and Genesis. The song with Armin is signed through Warner, the Genesis-songs I co-writed are signed through Hit & Run.

MP: Are there any Genesis-members involved with the production of the Genesis Classic-project?
RW: Apart from 'Calling All Stations' I've never worked with any Genesis-bandmembers. The string-arrangements were done by Tobias Unterberg. He's a cellist from . Genesis did never perform unplugged or with an orchestra. Tony Banks is famous for his amazing keyboard playing. His opinion about performing with an orchestra was: "What would I do?". Apart from Steve Hackett and Mike Rutherford, I'm the only ex-bandmember who's still performing. I thought it would be a great idea to take the arrangements and do something with them. Touring with an orchestra makes you very limited. You can't do many shows, because it's very expensive. So I thought it would be better to take a string-quartet and classical piano. I didn't know if it would work really well or really bad when we started. We've been performing the show for a year-and-a-half now, and I can say that it sounds very good. We've got the songs working well, and I understand how to do them. In the beginning I wasn't so sure about it. Some songs were good, some were not so good. Now, we really got it
working, because people like it. The project is very popular. 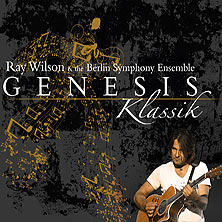 MP: Did you had to get permission to use Genesis-songs?
RW: You can do a cover-version of anybody's song, without permission. You just have to pay GEMA, MCPS, or PRS because of the royalties of the composer. That's standard. If you take a song, and change it by writing another verse or change the chorus, then you'll need
permission. To be honest: I'm still a member of Genesis technically. I was never fired, and there was never an end to my contract. I never received a letter with 'it's over'. Still I'm the last singer of Genesis. But Mike and Tony are not the kind of people who're going to make a noise about me doing a version of ''. They aren't small minded. They've got a very positive attitude towards artists doing their songs.

MP: How do you keep developing yourself?
RW: When I started my solo-career nine or ten years ago, my goal was simple: continuing. If I can travel to different countries, and enough people will buy a ticket to see me, I'm happy. Primarily I'm making music, and that's what I want to do. It's lovely when you go
somewhere you've never been in you life. A couple of days ago I played in for two-thousand people. I've never been to before. That was an amazing feeling. When I was driving in from the airport I saw a Scorpions-poster and a Armin van Buuren-poster.
I worked with those guys and that's a nice memory. Also was there. Because of my band I know those guys too. All these cooperations is what it's all about for me. I'm not trying to be a millionaire, and I never see myself becoming a David Bowie. I've got a good voice, I write good songs, and do great shows. That's who I am.

MP: Once youve said that you always suppress your emotions. For a musician or a vocalist 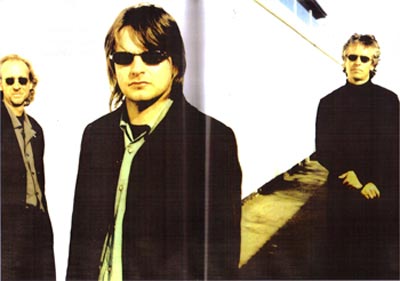 odd habit, dont you think?
RW: Well, that's changed! When I had the success with Stiltskin and Genesis in my twenties, I had to suppress my emotions. Especially with Genesis, because that was such a big challenge. I could never allow myself to be exited about it. I had to stay calm, focused, and very professional. I couldn't really express what I was feeling. That would make Tony and Mike very nervous. They hired me because of my strong self-confidence and self-believe. They needed someone like that. When you take Phil Collins out of a band, and put someone else in, that person has to have a lot of self-confidence! As I said: I had to stay composed nearly all the time. And that's the suppressing of my emotions. All of my twenties I worked so hard trying to get somewhere that I never really enjoyed it. Even when I was touring with Genesis. We did forty-five shows in sixty days, and it was such a hard gig on the voice! I was singing Peter Gabriel-style, Phil Collins-style, and then my own style. It was a challenging job for a singer. To be perfectly honest: I enjoyed gigs obviously, but I was counting the days until the tour was over. Not because of enjoying gigs, but because of fear! The kind of pressure of losing my voice and canceling the tour was on me all the time. When it was over I relaxed and looked back. Then I wished I had enjoyed it more. Now I wish I'd been mentally the age I am right now, and from an experience point of view my age back then. I would have approached it differently. Now I'm forty years old, and it's been the best time of my life. I can make my own decisions, do what I want to do, and people come to my concerts. I can entertain them, because I've got a lot of songs to choose from. Right now, I feel very comfortable and confident in who I am, and where I am. At this point in my life I'm exactly where I should be. I'm good in what I do, and people enjoy it. What more is there in life?

MP: Would you do another tour with Genesis?
RW: Of course I would happily work with them again! Even with Phil Collins if he was there. Although I don't think it would happen.

MP: The 'Calling All Stations'-album didn't get the appreciation it deserved. Why?
RW: There were reasons for that. It's still the fourth best selling Genesis-album...that's quite an achievement! Taking Phil Collins out of a band is a big thing. Like taking Mick Jagger out of the Rolling Stones. When you do that, you'll have to have a plan for two or three albums to give yourself a chance. Also to let the audience get used to the new person. It all needs time! Mike Rutherford didn't really want to carry on, and I can understand why. But I still think it was the wrong decision. We should have done another album. What harm would it have done? If it had been brilliant, then maybe we would have the third or second best selling album. If it wasn't so good, we just didn't release it. The very welfare can make these decisions with no problem at all. I just felt it would have made sense to have tried. I also understand Mike's decision, because he's entitled to do. He's one of the founding band- members. However, I decided to embrace my time with them, and continue.

MP: Thank you very much for your time and answers, Ray.


Back to Ray Wilson on this site
or back to the index.

Updated May 2011 by Nick.
Thx to Jutta & Sabrina!
www.mostlypink.net