THE WATCH is a 5 pieces band from Milan. Their music is inspired by classic style prog of the 70ies and in particular by the music of Genesis. The first album was released in 2001, called Ghost and then came in 2004 Vacuum and in 2007 Primitive.
In 2009 the band releases his first live album, called The Watch live. Melody and energy are the main aspects of The Watch music and the live dimesion is one of the greatest point of the band. All their energy and inspiration come out on stage as a confirmation of how much they believe in what they do. The line up of the band has changed several times through the years. Simone Rossetti, founder and main composer is the singer of the band since the very first times. Simone Stucchi has produced all The Watch records and he's still there, following the band on stage as sound engineer. Since the end of 2008, the band has the best line up ever, according to S Rossetti words infact the band activity is growing more and more.

The band had the luck to play with Steve & John Hackett on several ocasions.
Their live show contain a lot Genesis material, most of the time; only Genesis covers... and that is a bit weird, because their own material is very nice too.

Album Planet Earth? is their latest releas ('09) and is recieved very well.
A very strong album, cleary the Genesis influences are there and it big fun.
Applause for the nice Italian musicians. 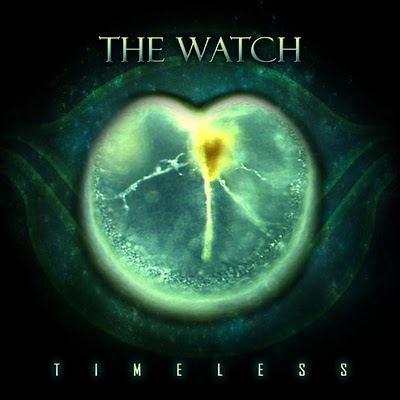 Timeless (Feb 2011).
Barely one year after "Planet Earth" comes "Timeless", the brand new studio album from The Watch. Hot off an extensive tour in 2010 which touched most of Europe and the USA and Canada, ("The Watch plays Genesis") in which the band merged their own music with some Genesis classics for a unique result that has been defined as a must also for all Genesis fans, The Watch are back with a new studio breakthrough: borrowing themes from Genesis's very first album "From Genesis to Revelation" and re-shaping them to create brand new songs bound to become classics. Keeping the original musical flavour that allowed the very young members of Genesis to prove their talent to the world, but adding the typical musical flair and energy people know and love from The Watch.

Gabriele Manzini has a solo project called Archangel. The album is called "The Akallabeth" and is from 2010, feauturing Damian Wilson (Threshold, Landmarq).