NEW CD OUT
SYLVAN is a German neo prog band with an emphasis on the vocals and a powerful sound driven by keys and guitar. This is prog that seems comfortable in both the neo and metal genres. With their debut album "Deliverance", the German band from Hamburg open the door to this hidden world for all of us. The music takes you onto a journey full of miracles, dreams, love, passion and fortune.

Posthumous Silence : The Show [DVD] ('07).
Tracklist: Eternity Ends, Bequest Of Tears, In Chains, Bitter Symphony, Pane Of Truth, No Earthly Reason, Forgotten Virtue, The Colors Changed, A Sad Sympathy, Questions, Answer To Life, Message From The Past, The Last Embrace, A Kind Of Eden, Posthumous Silence
DVD Features: Stereo and Dolby Digital 5.1 Mix, Audio commentary by the band, Subtitles in English and German (German subtitles = complete translation of all lyrics), "In the Studio 2005-2006" (The recording of "Posthumous Silence" and "Presets") (21:48), "34 Days" [Behind the scenes footage of the production] (16:25), Interviews with Sylvan and their main technicians (approx 36 min), Slide show (5:52), Timelapse (1:42), Bonus song: Artificial Paradise (19:48)
As the title explains, this DVD captures Sylvan playing a one-off full (high budget) performance of their highly acclaimed concept album Posthumous Silence at Kampnagel in Hamburg, Germany on the 1st September 2007. Not a regular concert hall but a hall where the 12 meter wide stage and whole production where built tailor-made for the Sylvan show, as can be seen in the Timelapse video in the bonus features. To create the full-blown sound necessary for the performance of the concept album the band is joined by an additional guitar player, three female backing vocalists and a cello player. Together this ten-piece combo play a highly convincing rendition of the 70+ minute concept album. 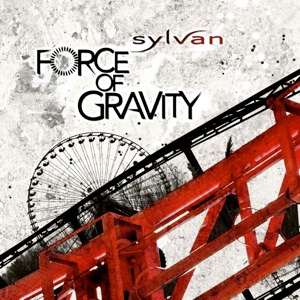 Sebastian Harnack
Plays bass with his good friend Kalle Wallner in the band called Blind'Ego. On the album "Numb" and in the live-band.

Rain For A Day
Is the second band of SYLVAN's drummer Matthias Harder. Together with the female singer Miriam Schell (she sings backing vocals on several albums of Sylvan) he is writing and producing songs since 1994. Northern melancholy and the pulsating big city nights of their hometown Hamburg gave inspiration to their creation of a sound reflecting urges and longings. Matthias Harder loves to connect sweet melodies with dark arrangements that find their climax in epic scenarios. As soon as they are embraced by Miriam Schells voice full of tender warmth and consoling narration, it captures you and drags you off into an emotional landscape full of passion and depth. ELEMENTAL is their third studio album and the only one, available at the moment.