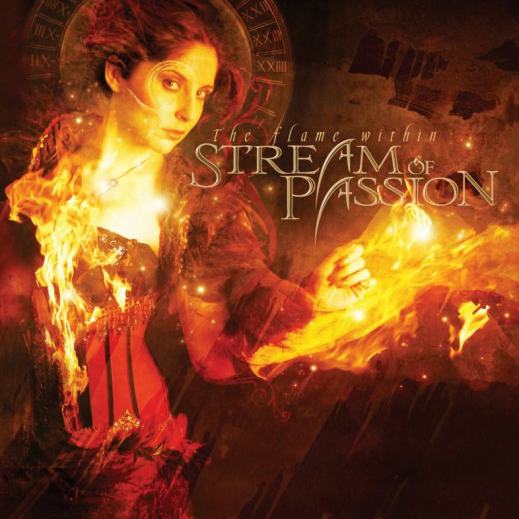 This is stuff cyber dreams are made of!

After Dutch guitarist/composer/producer Arjen Anthony Lucassen had finished his latest endeavour, the Ayreon rock opera The Human Equation, he wanted to do two things: showcase the many talents of Mexican singer Marcela Bovio, one of the vocalists on the Ayreon album, and form a band for the first time in 10 years.

The response of critics and fans to Marcelas vocals on the Ayreon album was really great. People were simply blown away. Arjen explains, However, already when she was in my studio recording for the Ayreon project, I realized that she had many more talents that I regretted not being able to use at that time. So, hating to let a good thing go to waste, I decided to construct a project completely centered on her singing, composing and writing.

Two years ago, Marcela entered a vocalist contest through Lucassens website. The winner would have a chance to sing on the highly successful Ayreon rock opera series. When I first heard Marcelas recordings, it sent shivers down my spine. To find a vocalist who sings with that much passion and power, is rare. Very rare. And Lucassen should know, hes worked with over a hundred different vocalists for his many musical projects in the past.

I refused to start the project with a musical direction in mind, because I wanted Marcela to feel completely free to experiment with some simple acoustic guitar demos I had made. She added her musical ideas, and I went into the studio to work on the songs some more. Then the other band members added their ideas. The music had to develop as naturally as possible, as would happen with a real band, which was an interesting challenge considering that at the moment some band members live thousands of miles apart. The whole thing turned into one big world-wide jam session.Which is very unusual, exciting and a lot of fun.

To form the band, Lucassen used the Internet to tap into the numerous talents that reside all across the globe. A year ago, Dutch drummer Davy Mickers downloaded a special track from Lucassens website to enter a musicians contest, and used it to showcase his incredible drumming skills. And just recently Lucassen discovered Lori Linstruth, an amazingly skilled American female guitarist residing in Sweden, among the members of the online Ayreon Yahoo group. Completing the band are Mexican pianist Alejandro Millán and Dutch bass player Johan van Stratum from the Rock Academy in Tilburg.

The bands creative juices are flowing to and fro between computers stationed in all corners of the world - recording, writing and matching up musical ideas to form songs. The end result is as diverse and driven as each individual band member. Blending mysterious gothic vocals, metal guitars and atmospheric trip-hop, with haunting pianos and live celli- and violin quartets. The band is currently negotiating an album deal.

So his band is called Stream of Passion, the new cd was released end of October '06 and is called: Embrace the Storm: website.

Wherever You Are:
Download the 'download only' single called Wherever You Are. Only for Dutch fans...
The new album is out too, and what a voice Marcela Bovio got! Amazing... 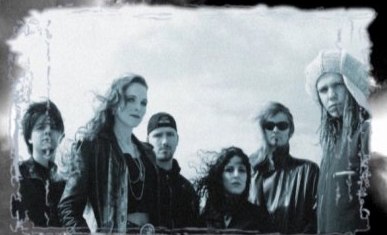 Live in the real world DVD was released on 19 June 07!
The arwork is created once again by the talented graphic artist Mattias Norén.

A 140 minutes worth of material!

Arjen, Lori and Alejandro left the band at the start from 2007. All want to concentrate on their own music and their private lives.
HOWEVER THIS BY NO MEANS THE END OF THE BAND! The rest of us are extremely motivated to continue this beautiful story called Stream of Passion and give it a more than positive future, like we think it deserves. We are already busy writing music for a new album, so soon you'll hear more about our future plans and musical ideas. Stay tuned!


New guitarists Erik Hazebroek and Stephan Schultz perform prodigiously and deliver a groovy sound. Their solos fit the overall sound perfectly without disturbing the balance. Add the subtle keys of Jeffrey Revet, the tower of strength rhythm section of veterans Johan van Stratum on bass and Davy Mickers on drums and the passionate and sometimes even melancholic voice of Marcela Bovio and you know why these songs hit the roof if performed live.

With The art of loss, Now or never, Games we play and Burn my pain this album rocks! On the other hand When you hurt me the most and Run away are to be labeled beautifully demure. Also the up tempo songs pass the test and In the end is even to be considered a little jewel

On the Flame demonstrates that this band has evolved and this is the clear-cut proof. Even if it is not always as innovative, as it includes elements not new to this genre of music.

Conclusively, this album contains all the necessary ingredients to be labeled Classic!


With their most recent album "The flame within" Stream of Passion knocks off some bombastic pearls. The Muziekgieterij experienced the bands well established live reputation and welcomed these new shining beads.

Mounting the stage of a just half full Muziekgieterij, the Streamers are ready for their second gig of the day. It does not seem to bother them. Opening their show with "The Flame within" and "The Art of Loss" immediatly shows the bands musical power. Only after melodic evergreens "Now or never", "In the End" and "Passion" (from their debut album) they are ready to cut back and empasise Marcelo Bovio's versatile voice in the beautiful ballad "When you hurt me the most". Tonight she is not only treating the enthousiastic audience to pure and passionate vocals, she is also passing around choclates as it is her birthday today! To say thank you, the crowd sings "Happy Birthday".

While on stage, bands incline to playing merely their succes album, SOP is mainly promoting their new album here. However, it goes without saying that "Out in the real World" and "Deciever" from their debut album are not being forgotten. "Street Spirit" being a sparkling version of the Radiohead original, an adorned version of "Haunted" concludes this melodic Stream session.

This band is leading the progressive female fronted Metal scene, being judged by the fact that this band playes all major European stages. SOP does not imply being just another band of ego rowdies or music bruisers: it is all about exellent musicians with a good sense of collective strenght!


Live Pictures from the Muziekgietery Maastricht from Ray Kruien (all above).
Ray on Facebook.

Pictures below from Wil Delissen, also from the Muziekgieterij Oct-2009.
Click on them to enlarge.

Dutch Gothic, ProgMetallers Stream Of Passion release their third album, Darker Days, in the latter part of June through Naplam Records – those in the States and Canda however will have to wait till the beginning of July. Please be so free and sign my guestbook.
MySpace.
Updated May 2011 by Nick.