Their own online shop.

Two interviews on this page, one by me with Owian and one by our Russian friend Youri with Matthew and Rachel.

Owain is the new guitarist who joined june 2008.

Who is Owain Roberts?

[or]: A little bit of everyone I know 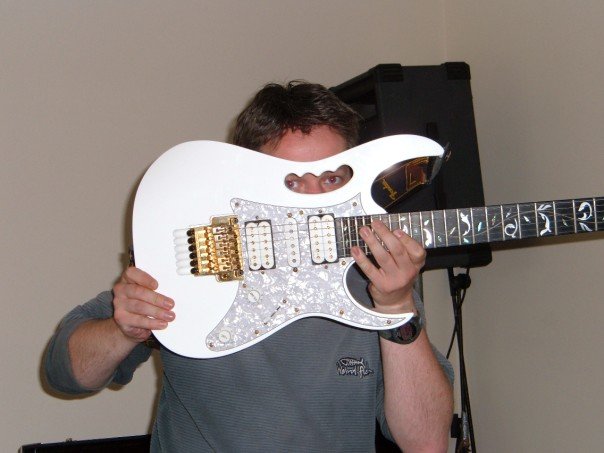 Why did you start to play guitar?
[or]: I just lovde the riff on 'Money for nothing' by Dire Straits, and needed to make that sound

Do you play other instruments?
[or]: Just programming

What kind of band you were in or maybe in which bands you still play?
[or]: One of the bands that I used to play in, and was most proud of untill this point were the Fire Breathing Penguins. SHREDFEST! Otherwise, just covers bands

What are you favourite bands?
[or]: Megadeth.My absolute all time favourites. I've listened to them since I was 12. There's something about the music that I can relate to. Everything's there, from sheer brutality and anger to a sense of pathos. I can relate to Mustaines lyrics, he's somebody who wears his heart on his sleave. Always with melody!

Favourite guitar player (-s)?
[or]: They'd have to be Steve Vai, and Marty Friedman. Vai has an amazing ability to express himself on the instrument, be it with a single note, or a flurry of notes, he always plays the right thing for the song, and if its not right, he makes it work! Friedman just rocks!

Please tell something about your gear.
[or]: My rig is mainly new, apart from the guitars. The Jem has always been my favourite guitar and have always wanted one, and about 2 years ago I got one. My spare is an old Ibanez RG550 that I've had for about 18 years, and has gone through many pickups, but at the moment is loaded with DiMarzio Breeds. Its had a lot of notes played on it. The 7 string is Dylans, but I used to play the same model in the Penguins. My amp is a Marshall JVM, and its a beast. Tone in a box. Pedals are Morley Wah and volume pedal, and a string of Boss stuff. Also an Ibanez Tubescreamer an a shitload of other stuff I use for recording.

Is there something in your personal live that we must know, (married, in love)?
[or]: Always in love, but no one special at the moment!

Are there hobbies that you practise in your free time?
[or]: I really enjoy cycling. I live in a beautiful part of the world, and really enjoy getting lost on the bike for a few hours. Otherwise, the pub with my mates!(hello my luvlies)

You've been in this band now for about 8 weeks now, does it feel like a family already?
[or]: Of course and I suppose Matt is like a strange uncle (lol)

How did your first gig went along (at the Cambridge Rock Festival)?
[or]: It was my first gig for 8 years, so I was really nervous, but it went quite well. I just know there's better to come!

What was the reason you joined The Reasoning?
[or]: I stared speaking to Matt and Rachel about doing the sound for them. As the evening went on, I told them i used to play in bands, a few, days later, I got a call from Matt telling me that Lee had left asking if I was intersested. I thought I'd give it a go! Learnt the stuff, liked it!

Are they special?
[or]: Of course they are. There seems to be something about this group of people, everyone brings something more to the table than just the instrument that they play. Mr. Steve Rothery had some fun on the Cambridge Rock festival with the Reasoning. He joined them to play "Within Cold Glass". Owain Roberts, the new guitarist of the Reasoning made his maiden trip on this festival. 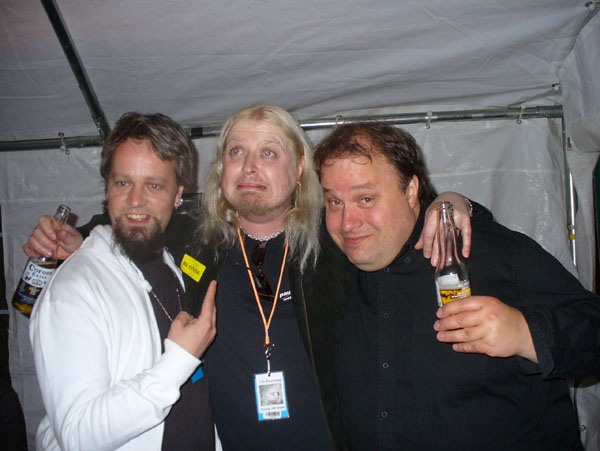