Born as Julian Holland 24 January '55. Member of Squeeze, they're called after an album off The Velvet Underground. In '80 he leaves the group to go on tour with the Police. He made a tv-document off it and so he joined The Tube, a British musicprogram.

The Millionaires ('87) is an short lived group of Jools, he made a few solo's;

Red Balloon (a charity-concert '90) with;

During his tv-shows he had more guest then i can write.

In 2000 again live in Europe with Sam Brown and others 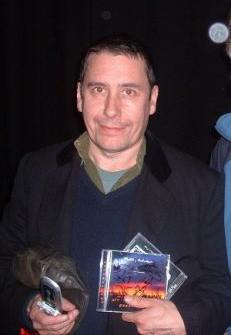