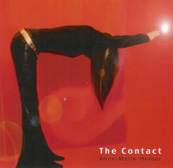 Anne-Marie Helder, or the 'Little Red Rock Chick', blazes a trail through the world we know as music. Extraordinary in her voice, exceptional in her songwriting, gifted in her mastery of many instruments, and pure emotion in her performance.... there is no-one left unaffected when this incredible artist sings.

Before performing as a solo artist, Anne-Marie wrote and played with many bands, including Tigerdragon, and then joined the Celtic indie/prog rock supergroup Karnataka. With them she was joint vocalist, and played the flute, electric guitar and percussion. 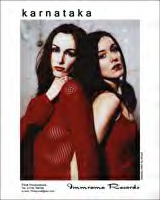 Karnataka achieved great international success; Rachel Jones was the other leading lady of this band, who toured across Europe and North America.

Anne-Marie went solo in late 2004, after the break-up of Karnataka*, and since then has toured extensively: in solo shows, songwriter festivals, and supporting rock legends such as Midge Ure, Glenn Tilbrook (Squeeze), Paul Young, Limehouse Lizzy and many others. In 2005 & 2006 Anne-Marie Helder was the official tour support for Fish, in his UK and European tours.

Her debut solo EP - probably best defined as a 6-track mini-album, clocking in at 30 minutes - is called The Contact. It shows off her prowess as a multi-instrumentalist as well as a vocalist, with remarkably varied, yet often sparse instrumentation bringing the excellent songs to life. The Contact received radio play on BBC Radio 2 immediately after its release, and a glowing review in music magazine 'Classic Rock'.

On the EP Anne plays guitar, piano, keyboards, a little flute, and percussion. Making guest appearances on the album are:

Kilminster and Pain recorded & mixed the cd, and the three musicians co-produced. Anne-Marie's next release (her first full-length solo album) is anticipated in 2007.

At The Fish Convention August 2006, she sung with Odin Dragonfly and made "Shrinking violet" to a highlight. 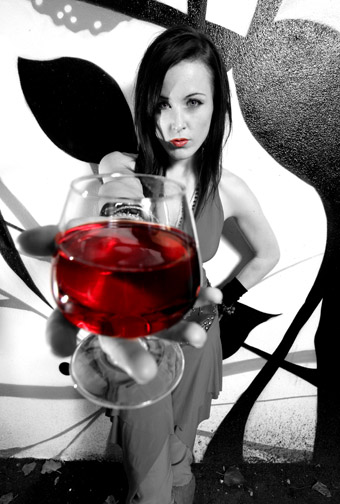 And in 2009 she appeared at the Marillion Convention in the LowLands. Was nice to meet her and Andy Smith ;-)
And of course her set was fun and smooth, but i must admit; i prefer to see her in Mostly Autumn (and that will happen 2 weeks later).


'Scarlet' by Dave Kilminster, guitarist for Roger Waters and acclaimed star in the axe-world. This album will be released in the Spring of 2007.

'Apocalypstick' by Panic Room, a new band project from her ex-bandmate Jon Edwards (to which she also penned all the lyrics, as co-writer) and drummer Gavin Griffiths (also in Mostly Autumn), see Panic Room. This album will be released in Autumn 2007.

and a new Live Acoustic album from Fish, which she performed on in Scotland at his annual Convention last year ('07).

And please visit her site at:
www.annemariehelder.com,
MySpacePage.
Please sign my guestbook.