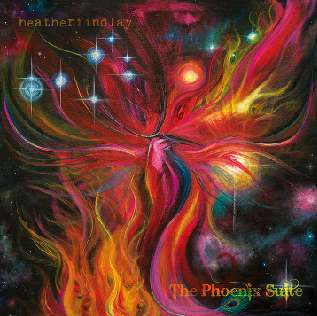 Farewell Mostly Autumn
As many of you may already know my final performance as front-woman with rock band Mostly Autumn took place on 2nd of April this year and was filmed for a now soon to be released DVD.
I hope the film captures the true spirit of what was a thoroughly emotion drenched evening, super charged, in my opinion, with some of the band's most energetic performances to date. Last week took me to Fairview studio's where I sat in on the mixing sessions for the audio with Bryan Josh and John Spence and the audio alone stands up to being some of the best ever captured during my time with MA and I'm sure the visual aspect, which none of us have yet seen will only enhance this further. Keep an eye on www.mostly-autumn.com for news on its' release date.

Off Radar
I've been somewhat quiet publically for a month or two, but since having announced my plans to depart from Mostly Autumn my feet have barely touched the ground! Alongside working very hard on writing for my new solo venture, I have also been involved with some very exciting side projects too...! 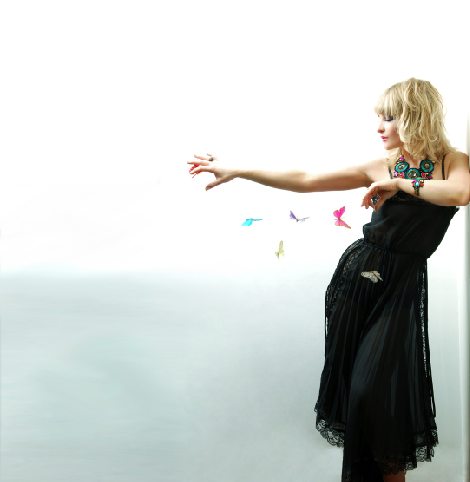 Born on 7 March.
Artist, painting, singing, percussion, bodran, whistles and guitar.
After Bryan Josh formed his Mostly Autumn and his girl friend Heidie Woodrop left the band, Heather joined.
Mostly Autumn became one of the established Brittish Prog- Rock bands.
In 2010 Heather went solo.
She here below for her statement and Bryans answer.


Heather has always been open to working with other artists, both live and on record. She made several live appearances throughout 2002 with Damien Wilson and then in 2003 Arjen Lucassen invited her to sing and collaborate with him on his Ayreon release The Human Equation. This album featured a multitude of singers, each playing a different part in Lucassens tale of a road accident victim whose emotions battle amongst themselves within him while he is in a coma in hospital. Heathers part was that of Love and was one that perfectly suited the warmth of her voice. However, it is the tracks Day Eleven: Love and Day Thirteen: Sign that are her standout contributions. The former features Heather singing in an uncharacteristic yet spookily Kate Bush-like style while the latter song has her singing with a far more familiar, warm, soft romantic quality to her voice. Arjens faith in Heathers abilities was further endorsed by him asking her to write to the lyrics for both of these songs, something he rarely trusts to others.
Heather also sang on, and wrote the words for August Fire, an acoustic track that was originally recorded for (but eventually wasnt included on) The Human Equation and was released on Ayreons single Come Back To Me in 2005.
Heather still found time to make a couple more guest appearances, the first with Uriah Heep at their Magicians Birthday Party (sharing lead vocals on Love In Silence and then joining in on backing vocals on Lady In Black) and the second with John Wetton at the Mean Fiddler.

She likes to make some art for the Mostly Autumn sleeves. An her illustration for the song Hanging Tree of Ritchie Blackmore, was included in the sleeve of The Fires at Midnight.
You can buy and see her artwork at this sot.

The albums that feature Heathers voice include:

Let it Ride - Shed Seven, (vocals on "In a hole)
Ascension  Gabriel,
Delicate Flame of Desire - Karnataka,
John BoBo Bollenberg ('02),
Julia Jenkins - Shine, see above,
Arjen Lucassen (2004) (With an interview). Arjen about her + Love a clip.
She is also the co-writer and singer of the song "August Fire", recorded by Iain at the Bat Cave. She also plays bodran on this track. The song was released on the single "Come Back To Me" of Ayreon ('05).

Heather wanted to work with Arjen again and has ideas for a solo album, with Angela; see Odin Dragonfly.

Troy Donockley; The Madness of Crowds ('09). 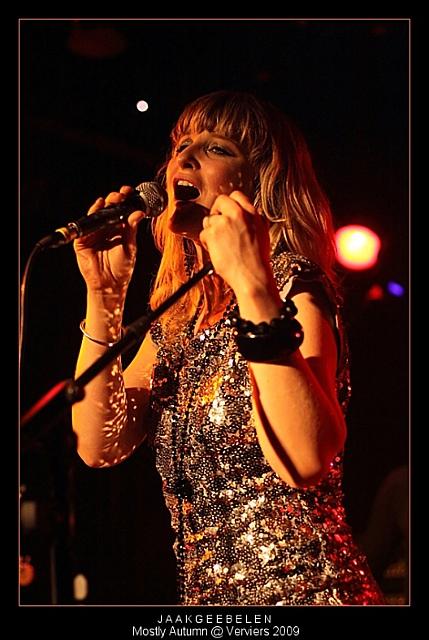 Maidu
Back in February I was approached by producer Tzfat who invited me to collaborate with him and 20 year old Rob McAndrews for an album the pair are working on and is due for release in March next year under the project title Maidu. Back in February I wrote lyrics for and sang on the as yet untitled track which is due for release as Maidu's first single on 4th October this year. Maidu can be described as being somewhat akin to similar artists Eskmo and Flying Lotus with the addition of melody - hence my involvement, and are being loosely termed as belonging to the Dubstep genre although being more 'glitchy, tripped out music infused with dub'. Working with Maidu gave me a real chance to experience a totally different style of music as a writer and performer. As you know I love so many different types of music and am always willing to explore new avenues, so on hearing the track and being given the brief, I happily accepted! Click here, for a little taster. More info as I get it...
Download the songs with Maidu here: //www.junodownload.com/artists/Maidu/ electronica-based tunes.
A review from this Maidu collobaration at Tim Halls blog A HREF="http://www.kalyr.com/weblog/2012/06/27/maidu-heather-findlay-the-way-i-see-you/" target="_blank"> www.kalyr.com/weblog/


Liam Davison, long term member of Mostly Autumn and dear friend has asked me to collaborate with him on his forthcoming album A Treasure Of well Set Jewels.
Liam asked me to write lyrics for and sing on album track 'Once In A Lifetime' which is a beautiful piece with a gorgeous concept. I accepted Liam's offer and recorded a guide vocal for which a couple of weeks ago now and am due to record the final version during the album sessions sometime in the next month or so. Working with Liam was so effortless and the collaboration came together very quickly, the album is to be recorded at Fairview with John Spence so I am expecting it to all be as comfy as a pair of old slippers. (If I were to ever wear any that is!)

The dvd is shot bij John en Meriam Vis and has captured a wonderful event and the best of the Bryan Josh- Heather Findlay era.
Carpe Diem, Spirit of Autumn past, Mother Nature & Heroes are sublime. Heathers ballet and singing is an Art and Bryans guitar play is roaring like a Pink Purple Blackmore.... 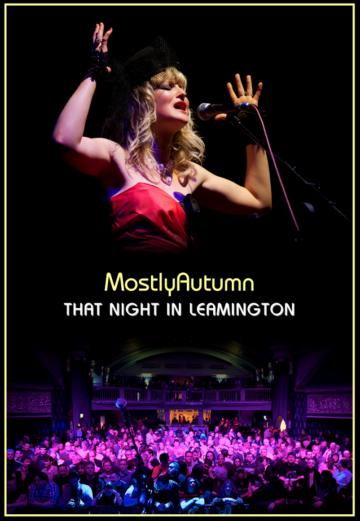 So, the first EP is to be called The Phoenix Suite. Its' character is dark, quirky, bohemian, rocky and very vibey! Oh, and did I say rocky? Well, that too!! I am still a tidsy bit undecided as to who I will be asking on board in the rhythm section department at the minute, although I am thoroughly excited to announce that guitarist Dave Kilminster will be joining us for EP number 1! For those of you that don't know him, he is a bit of a guitar-hero/god/meister! And fortunately, friend too so we probably won't have to gold-plate the studio bathroom taps... this time! :) Seriously though I first met Dave many years ago through Anne-Marie Helder, furthermore, on stumbling upon him (not literally you understand) at the Roger Waters after-show in Malta 2006, we became very good friends and have come to realise we have a lot of common ground in terms of musical tastes and indeed sense of humour so I can't wait to get jamming! The sessions with Dave are to take place before his departure for the forthcoming, all new RW tour which begins in late August this year.
I plan to see 'EP number 1' released sometime in September. More updates soon!

Review and another one by Tim Hall.

Stripping down songs from their respective back catalogues to present them in their purest form, this wonderful album is a record of that gorgeous evening.

A review by Tim Hall from "Where the World Collides".

At the end of September, Heather and Chris recorded an intimate, one-off show in York. The show is to be released as debut album,'Live at The Cafe 68'. The album will be available to order from Monday 14th November from www.heatherfindlay.net and of course from the merch stall's on the road!!!

Back to Mostly Autumn.
More news about Olivia Sparnnen who will take over the lead vocals.