See for more info of Agua de Annique, down below.

Dutch band with a mix of metal, gotic and best prog-musik and great vocals of;

Within Temptation is a similar band.


A snapshot of an interview with www.dprp.vuurwerk.nl/:

DPRP: The Gathering started out as, let's say, a Death Metal band. When you, Anneke joined the band, this style was quite radically changed. Was that your personal influence that caused this change?
Anneke: Well, the style was already a bit broader than just death metal, even with Bart grunting on Always... Subsequently The Gathering recorded an album (Almost A Dance) with Niels, who had a Mike Patton like sound, but the vocals didn't really match the music, so Niels left. The Gathering was then searching for a new vocalist, but continued to write music. Through a common friend I got in contact with the band and it just worked.

DPRP: So then you were lead singer of The Gathering. Did you have a vocal education before that?
Anneke: Well, 16 years of singing lessons, also classical, but I quitted lessons a couple of years ago. I wanted to go to the "Conservatorium" but then The Gathering came along. At that point, I thought I could as well learn the trade in practice. The music for Mandylion was already almost finished when I joined, only the vocal lines needed to be written. I had great joy in doing that and thought, well let's just skip the Conservatorium. This way you learn all facets of music, including the business side.

DPRP: Looking at styles, people often see you as the ones who paved the way for bands like Within Temptation or After Forever. Do you see that this way too?
Anneke: I don't know.... I can see where it comes from, we were among the first in The Netherlands or even Europe who combined heavy music with relaxed female vocals. But it was never conceptualised that way, we just threw it all together and it worked and was new. But don't forget that Within Temptation are also already 12 years working, they exist almost as long as we do. At a certain time there was just an underground genre arising with female vocals. Currently it is very hot, Within Temptation is doing really well, but we sort of drifted away from that style. We found new music, new people, new inspiration, even though the record company asked us to make a second Mandylion, which is still our best sold record.

DPRP: Something completely different. A lot of sympho fans will know you from the Ayreon album Into The Electric Castle. Did you do a lot of these side-projects?
Anneke: Not really. no. I am too busy with the band normally. It was very nice to work with Arjan, who is a very passionate man. He locks himself up and creates an album. It is quite healthy to work with someone else for a change. The band is very close, I see them more then my own boyfriend! Well almost...I am asked more often, but don't do that a lot. But it was nice to be on the same record as someone like Fish. I listened to the record in its entirety lately again, and it is remarkable how he manages to get all these characters together. But it is not really my "thing". I asked Arjan if I could do the softer tracks, I am not into that really bombastic thing.

A double-DVD called A Sound Relief is a new sign of life of this band ('05). 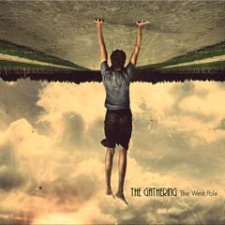 Singer Anneke van Giersbergen has announced she will be leaving the Gathering after 13 years!

See below for more info.

The band new album is called; "The West Pole".
The Gathering will do a couple of try out gigs before we start the festival season. We will play in Heerlen and Purmerend, both located in The Netherlands. Please note these are try-out gigs. Things will go wrong. But thats also the fun part, we just play and we will see what happens! Both evenings will be a lot of fun for sure. 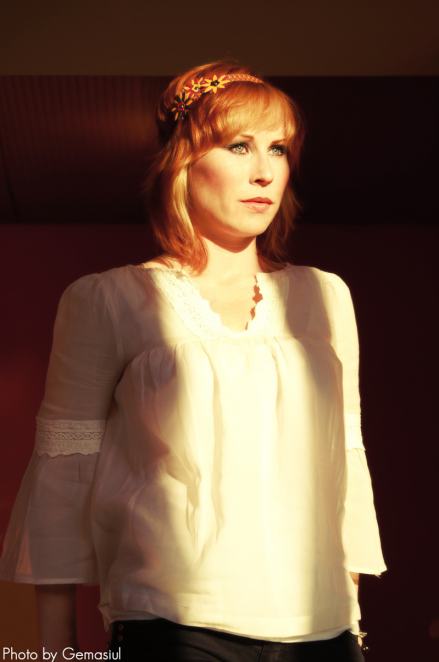 We have now received The West Pole vinyl test pressing. As we are living in a digital world I forgot the sound of a black 12 inch on a turntable. It is incredible! The sound is so much warmer, rounder, the high tones are crispy, bass sounds so creamy,  Well I can go on for a while, but above all be sure you grab a copy of The West Pole on vinyl before they cost 200 dollar on eBay! Btw, it is a double album, 180 grams, specially remastered for vinyl, and with a different running order. Still available at our webshop, but we will only make 500 copies (limited), and they go faaast.

We have just made a 4th track of The West Pole available for streaming. This time we didnt use myspace, which despite of its popularity, only provide poor quality mp3s. No Bird Call is exclusively available for streaming on our webshop with a quite higher quality than the myspace player. We hope you like it! The Gathering's "West Pole" was in May '09.


A really fine progressive rock album, Silje (ex-Octavia Sperati) has an absolute amazing voice, so welcome to the band ;-)
It's more mainstream as i had expected, no metal licks, no gothic touch, no industrial powers. But a lot great guitar work and this amazing voice of Silje. Well produced and in balance. All the songs are highly enjoyable. So i looking forward to see them play life.
8++.
If you like this, you'll probably like the other Dutch bands in this genre too: Kingfisher Sky, Delain (a bit harder), Within Temptation (more gothic) & Skytah. 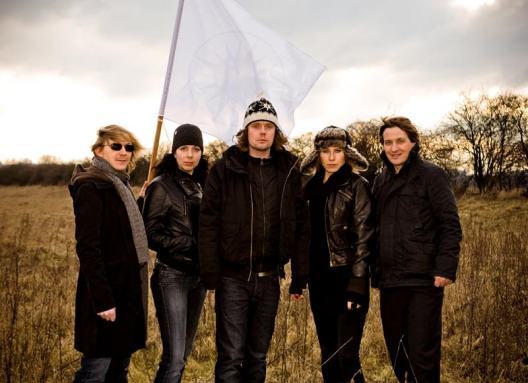 We had the pleasure to see the Gathering @ de nieuwe nor in the lovely South.
The show was really top, the guitarist, Rene Rutten, is a great craftsman, excellent solo's, great enjoyable riffs. A few times i had to think of Steve Wilson.
The strong rhythm-section rocked, solid drums from Hans Rutten and some nice bass loops from Marjolein. Keyboards played by Mr.Boeijen en Silje made the sound complete.
Silje did a fantastic job, okay she hasn't the stage experience as Hanneke, but her voice was Top and attemps to get contact with the audience desrved appause and a smile.
The whole band rocked and selist had a great mix from the industrial noise till the more mainstream new songs.
Very very enjoyable! 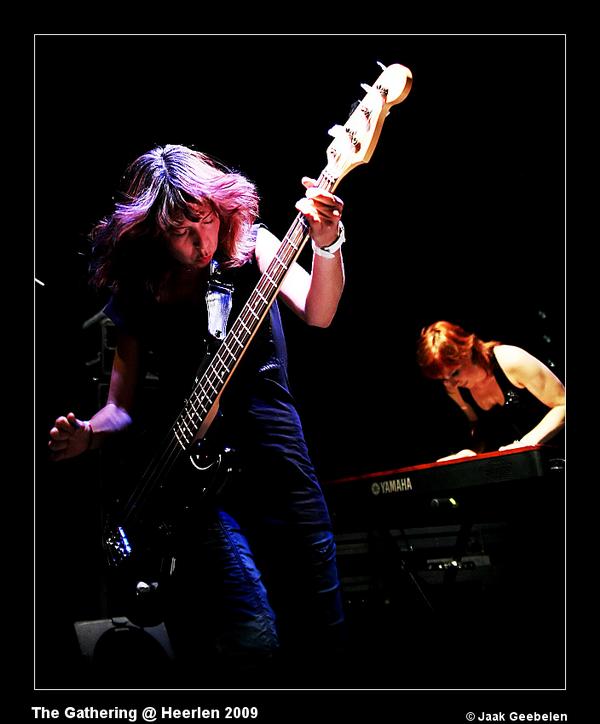 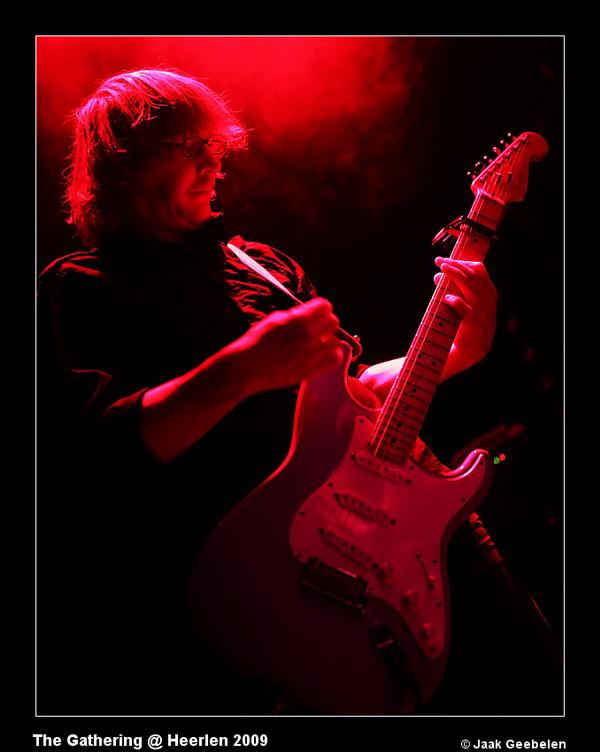 Brand new album in progres June 2012.
Meltdown is a song which will appear on our new album Disclosure. You can already pre-order the new album and various packages right here: shop.gathering.nl/. And listen to thir song at their homepage.

The Gathering are currently working on a new album, for release in September, some tour-dates are planned in Spring & Summer.


On 30th January 2009, Agua De Annique released their new album "Pure Air. Anneke describes the album as "an acoustic album with all nice and mellow songs and duets. I am so proud of all the different vocalists and instrumentalists who have worked with me on this album! Over the last years, I have done many guest appearances for a wide range of artists. This time I wanted to be the one to invite an outstanding lineup of musicians to contribute to my album." The album includes performances of Anneke with:

Anneke van Giersbergen, former singer with The Gathering, and her band Agua de Annique are busy preparing two different live sets: a semi acoustic-evening (to celebrate the release of their new album Pure Air) and a rock show. Anneke syas "we can't wait - both events promise to be awesome in their own way!".
The semi-acoustic evening will be staged at two shows, one on 12th February 2009 at the Melkweg, Amsterdam, The Netherlands and on 13th February 2009 at Oosterpoort, Groningen, The Netherlands. For these two shows Anneke will be joined by Sharon den Adel from Within Temptation. The rock show will be staged at concerts in Mexico and Latin America at the end of February/early March.

Hanneke sings great lines in the live version of Maiden United, a coverband with Damian Wilson.