The groundbreaking British progressive rock band featuring original members Sonja Kristina on vocals, Francis Monkman on keyboards and guitar, Darryl Way on electric violin and vocals, Florian Pilkington-Miksa on drums, and Rob Martin on bass. The band was a unique and powerful combination of a remarkable female vocalist and virtuoso musicians. Each member was an innovative artist who inspired a generation with their renowned live performances..... 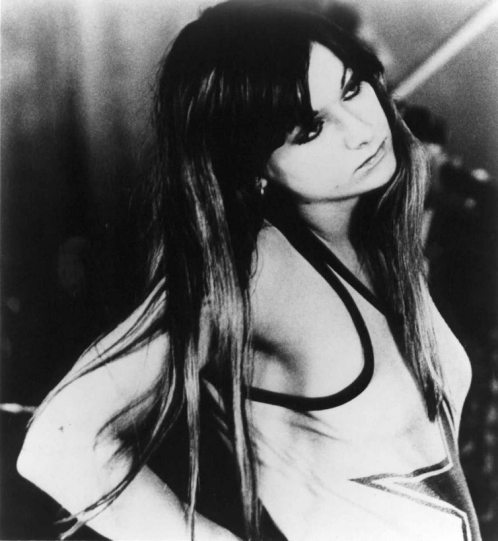 Midnight wire, Live at the BBC & Air Born ('75) with Stewart Copeland on drums.

ReBorn is their latest releas ('10).
And they will hit the road again in 2010.
SOLO AND SESSIONS:

Sonja Kristina
She played Chrissie in the Original London Cast of Hair at the Shaftesbury Theatre in 1968 and in 1970 joined the nucleus of the band Curved Air as lead vocalist and lyricist.
After the splitt of of Curved Air, she formed a new band Escape and recorded her first solo album Sonja Kristina.
She had three children with her partner Curved Air drummer Stewart Copeland who formed The Police. Sonja and Stewart parted after 16 years together

Songs From the Acid Folk, was released in 1991 to critical acclaim. The original recording included twelve acoustic workouts and featuring the aforementioned Curved Air classic, "Melinda (More or Less)," which the band had been playing live. Two other pieces from her first album were given new life as well, "Man He Colour" and the wonderful "Rollercoaster." Many of the songs on the album, such as "This Is Not a Sanctuary," "If This Was Love" and "One to One" are extremely personal and soul-baring, giving the listener a view into Sonja's psyche only hinted at in her previous work.

MASK is Sonja Kristina in inspired collaboration with Ambient Orchestral Composer Marvin Ayres. In January 2010 they release their second MASK album 'Technopia' on R.A.R.E Records (Repertoire) and will be performing in UK and Europe in April - May 2010. 'Technopia' will be Mask's first release since the UK Top 20 Club hit single 'Waking The Dream' in October 2005, taken from their first Album 'Heavy Petal, The Tenebrous Odyssey of Jack and Virginia'.


www.myspace.com/curvedair .
Back to the top.