Born October 21 1964 in New York.
Keyboards, vocals, producing and sometimes even drums, percussion and guitar on;

Amnesty International 30th Anniversary Concert dec '91). David Gilmour was the musical director, and he got some of his friends and colleagues for the band. They backed Tom Jones and Spinal Tap.

Kashmir ('99, a group of Denmark album called The good Life), 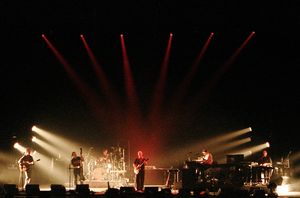 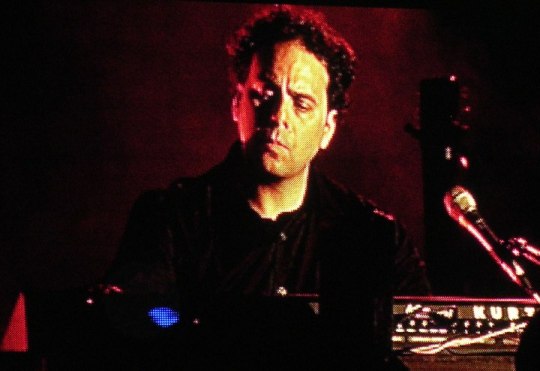 Jon at Roger Waters show in the Netherlands.

He has been involved with film projects with David Gilmour, composed and produced the title track for the movie Rat Race, and contributed to The Invisible Circus starring Cameron Diaz. He has been involved with projects for Amnesty International, Greenpeace, Knebworth ( Nordoff Robbins ), fundraising events playing with Seal, Elvis Costello, The Chieftans, Sinead O'Conner, Lou Reed, Hugh Cornwall, Spinal Tap, Daryl Hall and others.

Jon is currently producing and writing an album with Richard Butler ( singer of The Psychedelic Furs ). He is playing all of the instruments and engineering. He is also part of the on going work of Roger Waters’ new album as well as developing new projects with Ric Chertoff and also with Perry Geyer of Cybersound.

He can be reached at www.joncarin.com.