An interview with Virginia Peraza
you'll find here.
An new interview from Sept 2012 with Roberto: interview ('12).

"Dear friends,
For next shows will include songs never performed in Holland before such as We are the Light, Toward the Adventure (full band version) more other songs from Septentrión album with the special guest musician and friend Anaysi Gómez, in Galician Bagpipe, Clarinet and Celtics flutes. Even more from the brand new staff of the forthcoming album! We cant wait.
See you there!"
Greetz, Robert.

Created in 1996, ANIMA MUNDI is a group of progressive symphonic rock originally from Cuba. In 2001, after a lot of hard work, the five musicians, friends of the Havana Conservatory, release at last their first album in Spanish: Septentrion. This success boosted their confidence and helped them weather the storm and fulfil their musical dream. 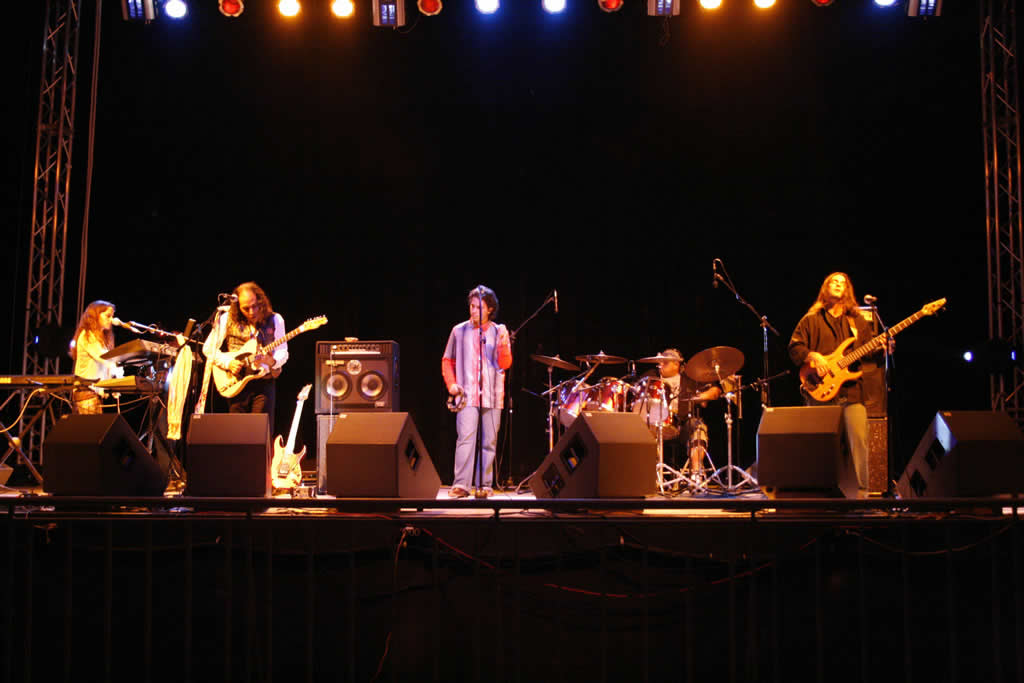 In 2008, they release Jagannath Orbit an album in English, under the label of Musea Records. Its magic works as the group is very creative. The lyrics tell stories of the real life and the music carries its dreams. The group gave a few concerts in local festivals and the Cuban Culture Minister had to admit they were true professionals. In 2010, their third album The Way is unanimously applauded by the European and American public. The music is ambitious, passionate, inspired and always full of energy. Their success gave ANIMA MUNDI a real motivation to play on international stages. The ProgSud stage will welcome them for their first date in France and in Europe. ANIMA MUNDI, a warm group to discover absolutely!

Some Dutch and Belgium friends organised some dates in Europe and they had some success playong live.


After a very succesful tour in Europe, they returned back to Cuba with plans for 2012:
togetehr with the The Cuban Symphonic Orchestra they will work on a new album!

An new interview from Sept 2012 with Roberto: interview ('12).
+ a link to a review from their gig at Lakei Helmond.