Steve Wilson acclaimed to be a genius... driving force in Porcupine Tree and a happy work-a-holic. 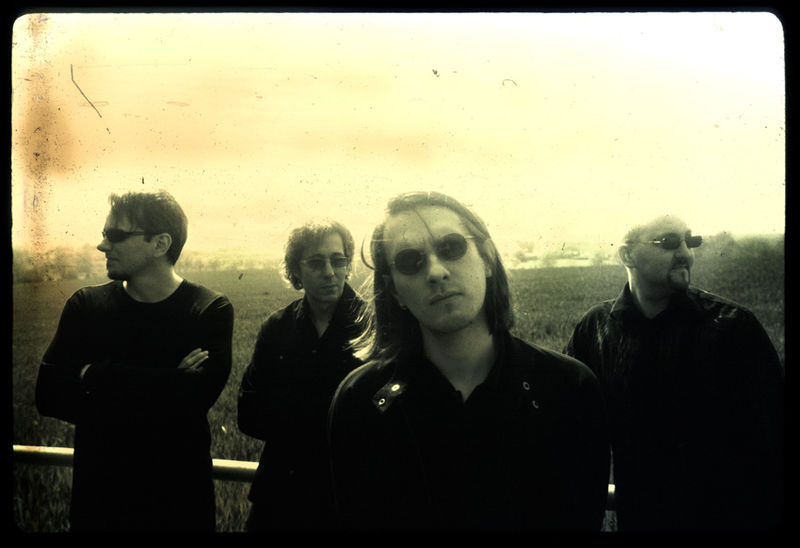 Did a lot of sessions and side projects like Blackfield.
He is a busy man running from his project with Tim Bowness in No-Man (on tour in august) with their electronic new age music, and even a step futher with Bass Communion, to the more metal bands Opeth and rock bands like Cipher, Anathema and now fully loaded with his new album "Grace for Drowning".

NEWS: Alan Parsons will be enginering the new Steve Wilson album:
Hi folks - an update of sorts.... The writing for the next SW album is almost finished, and this time I've written it all for my live band to play, mostly pretty long pieces (including the piece we previewed on the recent tour "Luminol"). We will start recording in LA in September with Alan Parsons overseeing things. Alan, as I'm sure many of you know, was the engineer on Dark Side of the Moon, one of the best sounding records ever. The new album should be out in early 2013, and conceptually and visually we are planning to take things to the next level with the packaging and live show too. Lasse is also going to be there to film.

Steve Wilson annouced the release of the live solo dvd and a new album in progess and there will eb a solo tour in 2013.


This first official solo album of Steve is beautiful and its melancholic aspect is just wonderful if you like to listen to a bit dark music with sometimes a happy twist. If you like the mix of Porcupine Tree and Blackfield, this album is highly recommended!

Wilson recruited a stellar cast of guests to work on the album including:

NEWS Feb 2011:
Grace for Drowning.
My second solo album is nearing completion. It will be in the form of 2 separate 40 minute albums released in the same 2 CD set, and will also come as a blu-ray with surround mix, high definition stereo and a lot of visual material (Lasse is already working hard on films for many of the songs, attached is a still from ...one of these we shot a couple of weeks ago to a song called "Index"). We're also planning a special Insurgentes style hard back book edition with a full length bonus CD of additional material. A year in the making, this is without doubt my biggest project to date, perhaps my most ambitious and personal music, and with some phenomenal musicians and performances on it (drummer Nic France (worked with David Gilmour) in particular is going to blow a lot of people away). We hope a website will launch around April/May to start previewing material, with the album scheduled for September. More soon....

NEWs May 2011
The new solo album website is on air now. The music is done, but were still working on film material and the deluxe edition. Its presented as two 40-45 minute albums in the same package (which begs the question; when is a double album not a double album? When its 2 single albums issued together!) The album titles are Deform to Form a Star and Like Dust I Have Cleared From My Eye.

The luxe edition contains 3 cd's a 120 page book and more fun stuff. Very limited, i guess when you read this it will be sold out. 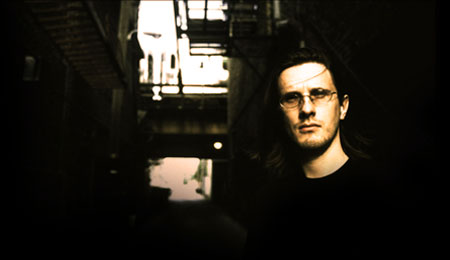 Steve Wilson on tour with


He's working on his second album with Steve Hackett. 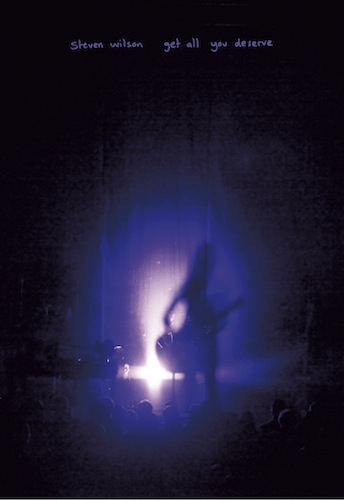 The new album by Steven Wilson and band The Raven that Refused to Sing (and other stories) will be released on Kscope on 25th February.


Stevens current band line up of:

SESSION.
This list is incomplete, this man/ band is so busy that I can't keep this site up to date. Try www.pt-fans.com for more info. 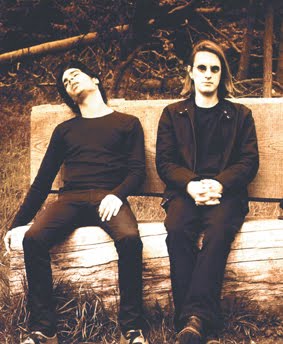 - Yoko Ono the mixes ('03), Steve did a Porcupine Tree mix of one song,
- Blackfield - The collaboration between Steven Wilson and Israeli singer-songwriter Aviv Geffen started in 2001 with the first album to be issued in 2004. See a few lines below for more info.
- Marillion ('04), Steve did the mix of 2 tracks of Marbles.
- Ben Castle ; Blah Street ("04), Steve did the mix of 8 tracks.
- JOHN WESLEY - Shiver (2005) Studio album of ten quality pop/rock songs by the US singer songwriter John Wesley, who is also a guest touring member of the Porcupine Tree live band. The album was mixed by SW in Florida.
- ANDREW LILES - In My Father's House... (2006)
- THEO TRAVIS - Slow Life (2009) A 2LP reissue of Theo's Slow Life album, originally released on CD in 2003, where he uses effects processing to create layered hypnotic loops of alto flute. This vinyl edition includes exclusive track "Behind These Silent Eyes", which is an 18 minute Bass Communion reconstruction of unreleased material from the original Slow Life sessions.
- VIDNAOBMANA - The Bowing Harmony (2007), vocals by Steve.
- FOVEA HEX - Allure (2007) The third EP in the remarkable Neither Speak Nor Remain Silent series by Fovea Hex features SW playing treated guitar on the title track.


- ANDREW LILES - Black Sheep (2007)
- THE USE OF ASHES - Untitled (2008) One side is the Use of Ashes track "Ice", the second side features a Bass Communion reconstruction.
- Sand Snowman Steve did vocals on this ambient album full with acoustic guitars.
- 3 SECONDS OF AIR - The Flight of Song (2009) A collaboration between Dirk Serries (VidnaObmana / Fear Falls Burning), Paul Van Der Berg, and Martina Verhoeven, of slow-motion ambient / drone / minimal music, recorded in the natural ambience of the Belgian chapel of Sint-Theobaldus.
- ENGINEERS - Three Fact Fader (2009) The second album by Engineers was produced by the band along with Ken Thomas (Sigur Rós, M83, Maps).
- King Crimson reissues (2009, mixing),
- Pendulum (2010).
- Anathema (2010).
- ORPHANED LAND - The Never Ending Way of ORWarriOR (2010)(a metal band from Israel), Steve plays keys
- No-man (live 2011, dvd released 2012).
- Memories Of Machines (2011).


The Fire This Time
An exclusive track by Bass Communion collaborating with virtuoso oud player Naseer Shamma appears on a new double CD called The Fire This Time released on Hidden Art on October 7th, 2002. Three years in the making, the 2CD compilation utilises music, narration and samples to deconstruct the Gulf War, reveal mass media propaganda techniques and illustrate the devastating effect that sanctions have had on the civilian population of Iraq. For further information check out www.firethistime.org

Where Stalks the Sandman
A compilation of ambient compositions featuring a 12 minute Steven Wilson piece.

The fourth and final installment in vidnaObmana's ambitious "Opera For Four Fusion Works" project has just been issued, and this time it's a collaboration with Steve Wilson. Each "act" of this project involves vidnaObmana reworking and recycling audio sources from different collaborators, and this one utilizes solo vocal performances provided by Steve as it's source material, the voice progressively transformed from the familiar, into stranger and more "ambient" atmospheres. It's captivatingly beautiful. Copies will be available from Headphone Dust Mail Order very soon.

The Steven Wilson "Collecting Space" EP compiling tracks made available on Steve's MySpace page is in preparation for release towards the middle of this year on Headphone Dust, as is the B ass Communion "Pacific Codex" CD/DVDA on Equation Records. In the meantime SW appears in one capacity or another as a guest on forthcoming releases by VidnaObmana ("The Bowing Harmony" for which SW provided all of the vocal parts used as the source material for creating the album), Fovea Hex ("Allure" to which Steve provides treated guitar to the title track), and Dream Theater ("Systematic Chaos" for which Steve provided an apology). Also his two long-form Bass Communion remixes for Theo Travis and Fear Falls Burning will be issued soon on vinyl releases by ToneFloat.

More albums of No Man came out, such as Returning Jesus with Colin and Steve as guests, on Together we're stranger ('03) are playing;
Roger Eno, brother of Brian plays harmonium,
Tim Bowness - vocals, words,
Steven Wilson - instruments,
Michael Bearpark - guitar,
Stephen Bennett  noise,
Ben Castle  clarinets,
Peter Chilvers - space-bass and
David Picking - percussion, trumpet, sounds.
Download the tittle track and if you like that buy the album. New Age i would call it, just a small ripple from a brook, relax. Something totally different as Opeth!
Heaven Taste is a 5 song collection of b-sides and rarities. Re-released in 2002 with an extra track and a different cover.
Flowermouth was released on CD,double LP and cassette. Guests include Robert Fripp, Mel Collins, and others. Deleted, and rereleased in 1999, with some of the tracks remixed.

Love and Endings
Released 10th April 2012
Retaining the intimacy and sophistication of the band's studio work while adding an edgy Rock attack absent from much of its recorded output, the duo of Tim Bowness and Steven Wilson (Porcupine Tree) were joined by classical violinist Steve Bingham and regular collaborators Michael Bearpark, Andrew Booker, Stephen Bennett and Pete Morgan.

There is a new jewel case version of "Love And Endings" available for pre-order from Burning Shed. This version will be released generally (through EMI distribution) on July 2nd. The album will also be available on iTunes and other download stores.
Pre-order link: www.burningshed.com.

They are planning a tour; a date August 31th Cultuurpodium Boerderij NL!

Tim Bowness is involved with Fjieri ('09).

And pease check out Gian Carlo's No Sound out too.

An interview from Progressive World.Net.

An live review of the DPRP.

Please take a look at this page, I think it is "must have"for Porcupine Tree fans: NoSound.

Storm Corrosionis the long-discussed and highly anticipated collaboration between two of the modern progressive rock scene's most innovative and multi-talented artists: Porcupine Trees Steven Wilson and Mikael Åkerfeldt< of Opeth. The pair will release Storm Corrosion on April 24 via Roadrunner Records.

A little background information on the genesis of this project: Wilson and Åkerfeldt have been friends since the late '90s, when Wilson co-produced Opeths revered Blackwater Park album. Over the years, theyd often spoken of working on a project together, but it wasnt until recently that they managed to make something happen, when Mikael flew over to visit Steven in the U.K. and they ended up in Wilsons home studio throwing ideas around. That visit was the nascence of a whole self-titled album, written and produced by the pair, and mixed by Wilson.

The sound of Storm Corrosion can best be described as enchanting, orchestral, ambient, epic (half the albums tracks clock in around the 10-minute mark) and nothing short of surprising to the new ear. However, the musicians respective fanbases will be primed to appreciate the new output, with Wilsons recent solo album, Grace for Drowning, and Opeths Heritage having brought them to a logical place to understand Storm Corrosion. This eponymous collection is almost viewed as one side of a musical triangle.

Says Wilson, If you'd asked me three months ago about the music, I would have said, 'Expect the last thing you would expect.' But actually, now that Heritage and Grace for Drowning have come out, I don't think it's going to be that much of a shock to people, because it's almost like a third part of the trilogy, in a way. If anything, it's even more orchestral, even more stripped down, even more dark, twisted and melancholicbut it certainly feels like it comes from the same place as Heritage and Grace for Drowning, which indeed it does because it was written during the same period.

Facebook/Storm-Corrosion.
Please be so free and sign my guest book.