An EP is released (May 2011)
tour dates 2011,
Get them live at Night of the Progs/ Lorelei, Bospop Weert or Woodstock festival Poland this summer.

Interview with Mariusz on line (November 2009) by Wil Delissen.

A newcomer to the worldwide prog scene in 2004, the Polish band Riverside. A mix of heavy-metal influences like Opeth and Anthema with a link to Porcupine Tree and Pink Floyd. 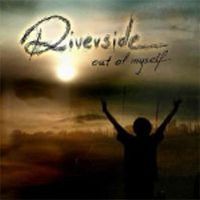 In 2003 they made a promo called "Riverside". In 2004 Out Of Myself became reased on Ken Golden's label The Laser's Edge.
A nice dark and moody album, good vocals and great guitar work. The drumming is a bit heavy-metal and grunge related. People who like the more heavy Prog or Symfo will love this. The album Second Life Syndrome was released on Inside Out on October 31st. Below you can see the tracklisting and the artwork by Travis Smith.
A more heavier album as the previous.

They played as opening act of the Arrows Rock Festival (day two - June 2006).
And they did it extremely well:

Rapid Eye Movement ('07).
A new double album released in October 2007. Heavy but also with some relaxed songs and some new influences. althrough i'm a soft progger i can recommend this album! The ghost of Porcupine Tree is not for away.
Melodic Hard-Rock with some great new adventurous tunes that will be a great accesable album for metal fans to the old fashionate Proggers.
The second disc is more floydisch and have some spheres from Steve Wilsons early work. And even an excerpt of "Shine On You Crazy Diamond" on "Back to the River". The next tracks has again some snippets from Floyd; "Another Brick in the Wall".
The art work is again a beauty too.

If you like a mix of Porcupine Tree, Anthema, Dream Theater, Pink Floyd and "Brave" of Marillion; buy this!

Go out and catch them live!
Symfo with an harder edge, Pink Floyd spheres and here and there some grunge... enjoy.

Anno Domini High Definition ('09)
Between the concerts, preparing live DVD and realizing some solo projects, the band has already started to work on the material for the newest record. Its title will probably be Anno Domini High Definition. This record is planned to be the most energetic of all those released so far. Soon, there will be a separate column added to our website, where you may learn about the process of its production.

The band will start to record in January 2009 and the release is planned at the turn of May and June 2009. 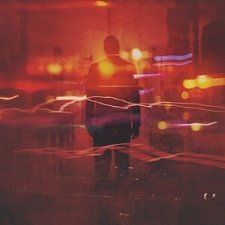 Exactly 44 minutes and 44 seconds will be the length of the album.
There will be five pieces on the album:

More details concerning the new album can be found on a special website www.annodominihighdefinition.com.

Live 26th October 2009
Auw Kerk Bunde.
A beautiful spot in the lovely South of the Netherlands was the opening place for their tour. Pineapple Thief opened with a great set, read more here.
Riverside started with their single "Panic Room". From the start till the end an floydian sound filled the old Church, okay it had an harder edge, but it was very enjoyable.
Mariusz and his team did a great job and the sound was very great, despite the fact that some people thought it was time to chat. And that in a church! The crowed participated and it was good to see that the band seemed to enjoy their selves too. Although Mariusz isn't the most talkable man in the Rock scene. Nice guitar solo's, powerful drums (without becoming too metal), great bass loops and nice keyboards moods.
A very good heavy show, great lights and a good set.
Weldone, this band will fill the bigger venues soon. 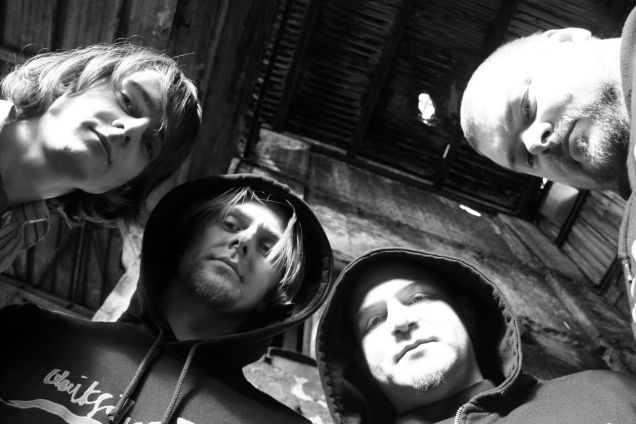 Reality Dream DVD:
Is out now (January 2010). Filmed by the legendary John Vis.

For their 10th birthday Riverside have prepared a special release which will be available during the forthcoming tour. The EP entitled “Memories In My Head” contains 33 minutes of fresh music. The songs have the following titles:

1.Goodbye Sweet Innocence
2.Living In The Past
3.Forgotten Land

Mariusz Duda: This new material, concerning (for obvious reasons) the themes of the passing time, will be a pleasant surprise for those who have missed the specific kind of melodies and space known from the bands early releases. We have consciously gone back to our beginnings to create a certain kind of a circle. This mini-album will contain three longer compositions most resembling those from our first two albums. The result is a quite interesting, spacious, film-soundtrackish, nostalgic, and most of all rock mixture, summing up our career’s first decade quite well. “Memories In My Head” is an album which appears out of nowhere, without much promotion; we hope, though, that its content can defend itself and that it will evoke a lot of positive emotions. It does that to us, and we will prove it soon, playing those songs live at our upcoming gigs.

The concerts at which it will be possible to buy this minialbum and hear the new songs live will begin on 5th of May in Prague (CZ) and finish on 29th of May in Warsaw (PL). Tides From Nebula, a band from Poland, will support Riverside at the 12 European concerts, and the Pineapple Thief from Great Britain and Paatos from Sweden will do the same at the 6 Polish gigs. 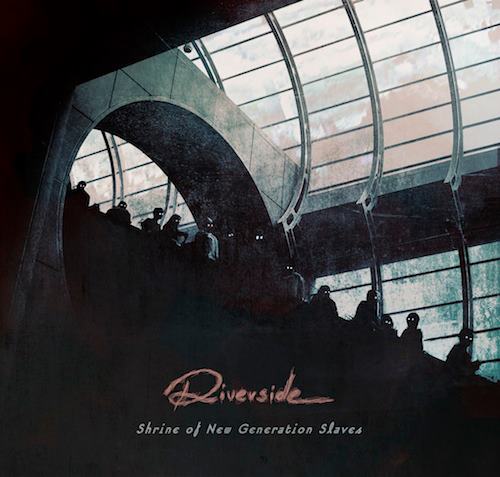 Mariusz Duda has made a fantastic solo album called Lunatic Soul ('08).
And wenn i mean fantastic i mean fantastic. A real teaser, ambient & spacy, beautiful compositions that brings you to higher etheral places. Strange instrumentations that gives it sometimes an oriental touch but always dreamy. His voice is one of the highlights, emotional and it carries you futher and futher away in nice mental state.
Besides that the percussion and drums are really fine and moody, sometimes psychedlic. The sound is wonderful and rich, full with little notes of foreign instruments and electronic dreamy keys. Relaxed and of tune piano playing and some spots are dark an slightly claustrofobic.
The whole album is subtile and has the power to creep into your fingers, your those and slowly takes over your heartbeat... yes i told you it's fantastic.
And you know what is so strange on this sublime album? ... there is no electric guitar on it and I (a David Gilmour affinicado) don't miss that at all, it has enough scary and beautiful moments.
You could say it is the ambient soft psychedlic side of the Riverside but then a step beyond. Maybe a good description would be "a dark Blackfield". Mariusz has proved for me that he is genius. Truly a masterpiece.
People who like the softer side of Riverside, the early Porcupine Tree, No-Man, NoSound, Blackfield, Pink Floyd buy this album, it's worted every note. And all other Music lovers go to his MySpacePage and listen... you''l buy it after that... .
9-/10.

And yes the art work is well done too!

Mariusz Duda: "I touched upon a vital subject on this record, namely... death. What came out of this was a conceptual journey to the world beyond full of reflections on transience and all we may want to leave after we pass (if we want to leave anything). In the sphere of music, it will be intriguing. I would call those sounds oriental-alternative, not really having anything in common with progressive rock. An interesting fact is that there is no electric guitar here at all."


Interview with Mariusz on line (November 2009) by Wil Delissen. 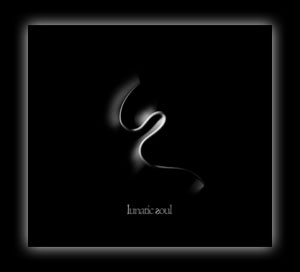