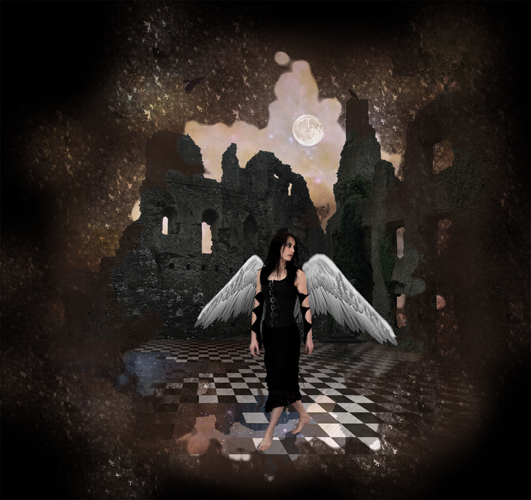 The Reasoning  Dark Angel an double review by metal Okkie and Nick
both from the lovely South of the Netherlands.

Dark Angel is the second album from Welsh Prog rock formation The Reasoning. After the outstanding debut Awakening, expectations are high. Those who saw the band on tour last year have already had the chance to get acquainted with some of the songs from Dark Angel. Based upon those live gigs, the expectation is that this album will be much heavier than its predecessor. Those expectations are immediately confirmed with the albums title track. This nice up-tempo rock song blows the lid off right from the start.
With Call Me God? and A Musing Dream even forefinger and little finger can be pointed in the air because even the metal heads amongst us can listen to this approvingly. During Call Me God? you might catch the sound of double bass drums. The fat riffs on which these songs are based could well appear on a Dream Theater album. Guitarist and newbie Owain Roberts certainly is a driving force here. His biting solos make it all complete. However, this never turns into an endless instrumental show off and it is the overall song composition which is the most importantl. But if there is any musical showing off at all it must be the vocals. As far as I am concerned there is no other rock band in the world with such vocal strength (except maybe Queen but they are dead). Singer/percussionist Rachel Cohen, guitarist Dylan Thompson and keyboard player Gareth Jones are good vocalists separately but when their forces join youll get goose bumps all over the place spontaneously. For instance, listen to the end of Dark Angel. Or to Breaking The 4th Wall which starts of as a pop song as sweet as honey, but subsequently evolves into a magnificent rock ballad, due to the splendid guitar work and gorgeous singing from Cohen and Jones.
Isnt there anything bad to say about this album? Well, a little criticism shouldnt hurt if it was only to offer a lttle help with the next album. The instrumental nothing Serenity could have been left on the shelf as far as I am concerned. Undoubtedly there is a much higher spiritual cause for putting this song on the album but to this ordinary dude its a bit overdone. Also the intro of Sharp Sea could have been a little shorter. But hey, only grumblers pay attention to that.
There are innumerable bands who have made an overwhelming debut album but then descended into anonymity after that. We dont need to worry about that with The Reasoning. With Dark Angel the debut is at least equalled.
If I have to give this marks then Dark Angel scores nine out of ten.
See you on tour,
lady and gentlemen!
Metal Okkie

Note.
Metal Okkie is my dear colleague and we both are Music freaks. But he is my heavy opposite (in the Musical sense ;-) You probably know I like Floyd, Mostly Autumn, RPWL, Pendragon and The Reasoning.
He likes Iron Maiden, Dream Theater, Ozzy, Slayer, Machine Head, Kamelot and The Reasoning! 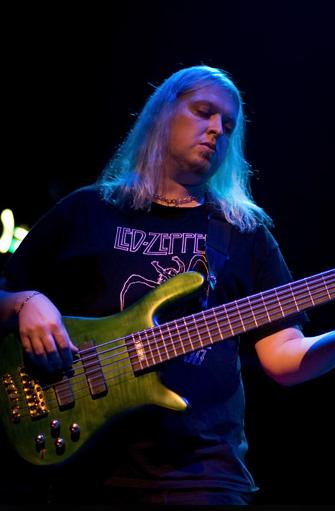 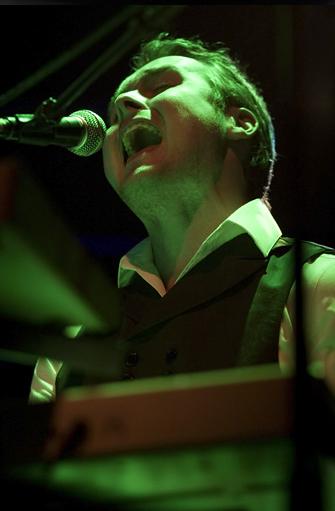 Their debut album ended high in my Top 3 of 2007 so I was very keen to hear this album. Matthew warned me that this new album would become heavier than their previous well-received angel, but I think youll like it... . A few songs have already been played live; Dark Angel indeed a bit heavier, but still melodic and fabulous, Breaking the 4th Wall & Sharp Sea were fantastic and here and there some pounding drums and breaking guitar riffs. But even for a softy like me, highly enjoyable. You can imagine how frustrated I was when my copy got lost in the canal somewhere. So I had to grab it from their merchandise table when they played at the Borderline. If their debut album landed in the Top 3 of 2007, then this album could end in the Top 3 of this decade yes dear readers, this is a marvellous album and I am overwhelmed.

The album:
It starts directly with the up tempo beat of the title track Dark Angel. This proggy metal essay has a slightly different touch than when it was played live. And Owain Roberts, the new guitarist lays down a fabulous solo. Indeed a dark heavy song which shows why Rachel Cohen has won several awards for her golden voice. A great way to kick off.
Their trademark is the three differently styled splendid vocalists with a mix of ethereal heavy complex compositions and their twin guitars. Some will like the heavenly voice of Rachel, others are in ecstasy when they hear the raw voice of Dylan Thompson (but oh so sweet in In the Future) and I know a lot of people who will tell you that Gareth Jones voice is flawless and absolute brilliant. Choose whoever you want, but when they melt together, it becomes something unique, something to die for, something we call The Reasoning .
The album includes a few counterpoints and that makes it interesting and surprising. Serenity, with the speaking voice of Matthew Cohen, is such a counterpoint. If youve the dvd, youll notice that the song has indeed a goal. Absolute Zero is another one, a more mellow song with a slightly jazzy touch. But with a great depth and again those magnificient harmonies. This song has become a highlight of their live show, with great crowd participation.
But most of songs are heavy or have a least a tricky metal twist. Like Call me God?  and the killer A Musing Dream and I, the soft-progger in this dream theatre, I like them a lot; theyre gorgeous  . Guitars all around and I think the new lad in town Owain Roberts deserves some credits for that. The rhythm section is always there to give the songs body but also a nice metallic groove.
Rachel has proved she is a great essayist in fiction and expressive in her personal reflections. But the newbies Dylan and Gareth have proved that theyre able to learn quickly and they have written some great lines again.
Most of the music is written by the new metal glimmer twins Matthew & Dylan and Gareth co-wrote on 2 songs. A great collaboration between the band and John Mitchell (Arena, Kino, It Bites etc) who mixed the album, which has led to a consistent rocky album without a bad song on it.

This is no fledgling with a second album, this is an angel that came out of the dark and brings us some enlightenment with complex songs which Rocks on a fluid metal underlayment. A lot of people will get to know them in the near future. So watch this flight of The Reasoning and join them on their trip.
9++/10 without a doubt.

The Reasoning-Interview Matt and Rachel by Bas Kanij.

Using Cardiff as their home base The Reasoning has set out to conquer the rest of the world with a mixture of progressive rock and metal elements, entwined in a beautiful way with harmonious vocals, coming courtesy of three different singers, namely Rachel Cohen, Gareth Jones and Dylan Thompson. Just recently the band came up with its second effort which compared to debut album 'Awakening' takes the music into a more metallic direction and gives absolute credit to the three-part vocal harmonies without losing touch with the powerful melodies that made the debut stand out as one of the highlights of 2007. It is to be expected that 'Dark Angel' will send the band well on its way to the top of the musical ladder where a permanent stay amongst the crème de la crème of the scene is guaranteed for as long as good quality music is being delivered.

The story of The Reasoning started a few years back in October 2005 when bassist Matt Cohen hooked up with Dylan for a recording session that was about to change their way of life for the years to follow. With an almost face-splitting smile Matt tries to relive the event that led to the incarnation of his yet to be formed band at the time. We met in the studio shortly after I had parted ways with my former band. Since that's been done and dealt with, I won't go into details. Let's just say that things didn't work out the way they should have. With Dylan, however, they did and we decided to write some songs together. The demo's we recorded thereafter sounded quite nice and we played them to Rachel whom I was dating back then. Very convenient, I might add. He pauses for a moment, long enough for Rachel to jump in. It was indeed very convenient, even though I only came along for the ride. But it turned out to be a rather long one and now I'm stuck. Literally. Ha ha. The sound of her laughter fills the air as she bends over to look Matt straight in the eye. But the object of her obvious affection apparently remains unmoved by the fierce look he's been given as he without further hesitation continues where he just left off. Anyway, when Dylan and I played Rachel our demo songs she wasn't into much at the time musical wise. But she liked what we were doing and came on board. The rest of the lot we knew from previous bands we had played in and so we came full circle. ... 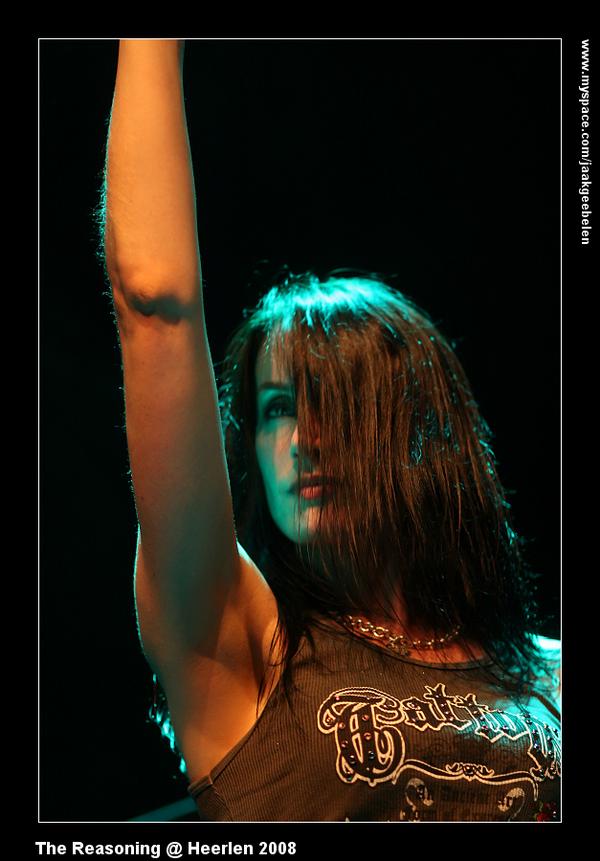 Picture on Top and left by Jaak Geebelen . 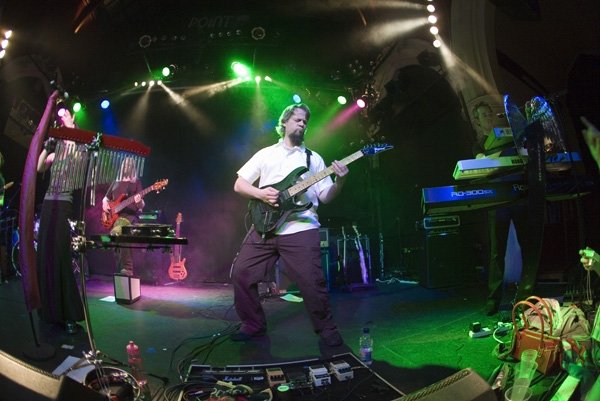 No Spam and Save!

Don't aske me what the best album of this decade would be... i'm glad that the dark side is from the 70-ies, so i don't have to choose between friends and the legendary Floyds... ;-))) okay i used some drugs right now (glass of wine ;-)
www.mostlypink.net