Hello dear friends,
Some news and thoughts, hope you enjoy it. 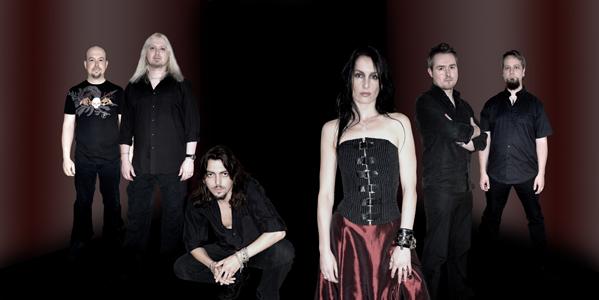 The Script.
Mick Pointer and his friends are back home from their "Script for a Jester's Tear" tour.
You can find an interview with Mick here.
The script is; Mick Pointer (Ex-Marillion, Arena) Nick Barrett ( Pendragon), Ian Salmon (Arena), Mike Varty (Credo , Landmarq, Shadowland & Janison Edge) & Brian Cummings ( Carpetcrawlers).

An interview with Nick Barrett is in the pipeline (think end of this week).

Pendragon.
Indeed Nick Barrett is a busy pirate. Pendragon will release a new dvd and there are 2 exclusive gigs coming next mounth.
And they'll appear at the Lorely Festival!
Pendragon tour dates; 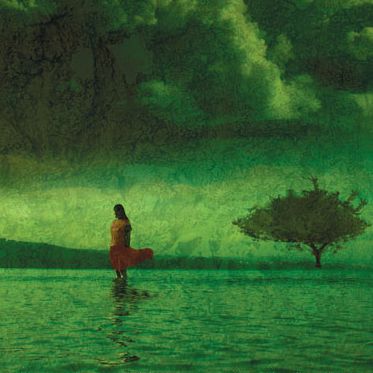 A free download of the full version of the song Hollow Hills is available at www.reverbnation.com/thewishingtree. Please feel free to send it to as many people as possible.
It's taken a (very) long time but we're really pleased with the finished result.

You can order a signed copy here .

After Forever.
The Gothic band from the lovely South of the Netherlands has split up after 15 years and 5 albums.
Mark Jansen (nowadays in Epica) was a founding member of AFTER FOREVER and the main songwriter on the band's first two releases, "Prison Of Desire" and "Decipher" said:
"When I heard about the news, I was sad as well," he revealed. "It's also my baby. I founded the band with Sander Gommans [guitar] and as long as they were doing well, it made me proud too. AFTER FOREVER still has a very special place in my heart. I will never forget all those great years and great memories."
Remembering his days with the band, he told that "I learned a lot in my seven years in AFTER FOREVER. In the beginning, I did bookings, tour management, drove the band bus, loaded in and out all myself. I'm a workaholic and this is the only way to make a band successful. But, of course, the biggest factor was the amazing talent of Floor [Jansen, vocals] in combination with powerful riffs and catchy melodies."

At my friends place DPRP (and indeed the Prog site of this side of the universe) you can read what Floor has to say).

Sharon Den Adel.
The front lady of Within Temptation joined forces with the Dutch house dj Amin van Buren. And no it's no Prog, but i like it.
Sharon is gifted with a golden voice and her looks takes away my breathe too.
And she will be doing some Dutch shows with Anneke van Griesbergen, yes that was the front lady of the Dutch band the Gattering. Nowadays people will know her by her name Agua De Annique.
She'll do some gigs in Latin America aswell!
A few months back i had a nice meeting with Anneke, yes she is a Rock chick, but sweet so sweet.
www.myspace.com/withintemptation
www.myspace.com/aguadeannique
www.myspace.com/gatheringofficial


Troy Donockley & Nightwish.
To stay in the Gothic sky with Nightwish. Troy Donockley, the Uillian Pipe player from York, will join Nightwish on their tour. But while he's touring with Barbara Dickson now, he will join them at Paris and the following gigs (23 March and the dates after...). So have fun with the magical combination.
Nightwish will release their new album "Made in HongKong" next month.

Troy is finishing his album "The madness of crowds". It also features brilliant artwork from Alastair Dickson the sculptor and Tim Martindale, and believe me the art work alone is worthed a buy... .

Patrick Moraz.
The keyboard player from Suisse who played in Yes, released a new proggy album called "Change of Space".
On this album are playing a lot of studio guests, with a jazzy touch. See this page, or have a look at his official site. { But there's not much news on it... }

Patrick also played in Refugee (a shoot of project The Nice, with Lee Jackson- bass and vocals and Brian Davidson (who died last year) - drums, both members of The Nice with of course Keith Emmerson).

Keith Emmerson.
The Progressive Dutch Venue, De Boerderij, did it again, they managed to get Keith Emmerson on their stage ; Friday 17th of July.
www.myspace.com/theboerderij
No Keith on MySpace?

David Gilmour.
David played with Phil Manzenera on Tuesday 10 Feb 2009 & made a guest appearance to raise money for charity on the 31th of January (see "live-appearances with").

And no he will not play at Arrows Rock! A hoax site tries to sell tickets, be aware! It's doubtly if Arrows will take place.

An interview with Jools Holland and "Remember a Day", written by Richard Wright.

More info about his latest release "Live in Gdansk" you can find here.
And yes i miss Richard.


Dave Kilminster.
My dear German friend Rita did a nice interview with Dave Kilminster, the guitar player of Roger Waters. You can read it at his site.
Dave supported Mostly Autumn last year ;-)
www.myspace.com/mangrovemusic


Mostly Autumn.
Will record de show in Shepherd Bush, 28th February, for a live album ;-)
Hope you'll be able to be there.
And they added more UK dates to their gig list.

War Child.
War Child was original a Dutch organisation, but it went international nowadays, they want to help children who suffer from wars all around the world.
Of course they raise money.

But... buying this album is fun. Great names, Elbow, Beck, the Kooks, Franz Ferdinand and many more, and great covers.
www.warchild.org.uk/.

Upcoming releases.
Because it was Valentines Day:
Indeed Bryan Ferry and David Gilmour. Did you know David played on several albums of Bryan? And that he was in his band during the live Aid gig in '85? Have a look for a clip from live Aid; Jealous Guy.

Please keep lovin', Nick from the lovely South of the Netherlands @
www.mostlypink.net & www.myspace.com/.mostlypink.

We live. We love. We dream.
We reach out to appreciate moments in life and love.
But only in the rarest glimpse do we catch hold.
We back away and try again.
But only in the loss is it fully illuminated.
Then we know he would have loved to have loved.
Bryan Josh.
Vote for your
best 5 albums
@ ProgWereld!
Free Cd's.
No Spam and Save!
Previous Newsletter.
[If you wish to be taken off of this service, please send an email entitled UNSUBSCRIBE or use the reply form please ]