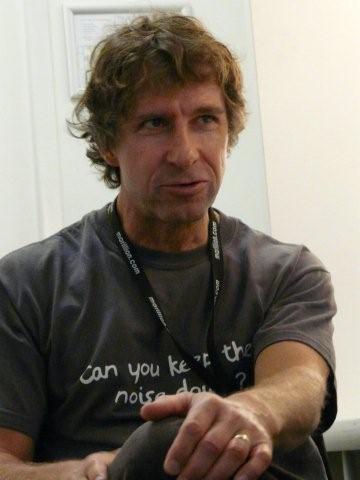 He belongs to the most talented and respected bass-players in rock music. Besides Marillion he plays with Kino, Transatlantic, Iris, and The Wishing Tree. Before the Marillion-gig in (in the lovely South of the ) on October 8th 2009 Mostlypink.net had an exclusive interview with Pete Trewavas about the new Marillion-album and taking challenges.


Michel: How are you?

Pete: Im doing very well, thank you. But Ive got a bad back! During the performance Im sitting on a stool playing the xylophone, and Im not used to do that every night. It makes my back ache.

Michel: So you dont play the bass on stage?

Pete: Of course I do. But beside that I play xylophone and acoustic guitar on this tour.

Michel: Less Is More is Marillions first full acoustic album and tour. Why did that take so long?

Pete: In the past we played incidental a few acoustic shows. The most notable was Unplugged At The Walls which was after the Radiation-album. During the mixing of Radiaton in a small town called Oswestry, a local restaurant owner made us a deal. He would feed us a week for free, if we played a concert in his restaurant. At that time we only had acoustic instruments with us, so we decided to do an acoustic show. We never considered a complete acoustic album as a serious option for the future, because thats not what Marillion is about. We decided to do Less Is More because we wanted to take a break from the album-tour-album-tour cycle. We wanted to do something completely different. 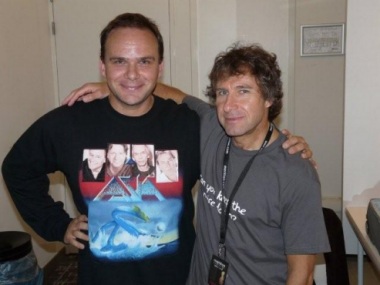 Michel: Is it the first time that you play strictly acoustic?

Pete: Certainly not. I played acoustic bass occasionally on shows or at the Marillion-Conventions. But for me its the first time that I only play an acoustic bass during a whole tour.

Michel: Whats the most difficult part in writing acoustic arrangements?

Pete: The main thing to keep the original spirit of a song is try to keep the original idea alive. Whatever the song is lyrically trying to betray. Also you have to keep its passion. Certainly for the songs that we picked out. We stripped a song to its bare bones, and reconstruct it. Sometimes with complete new music. For the song Hard As Love we only choose two little musical sections, and recreated them. Because its actually a guitar-riff song. But we forgot completely that riff, and just wrote some chords that went on with the vocal-melody. Finally we took one of the melodies from the middle section and made that into the chorus. A whole new piece of music came out, without losing its original spirit and sentiment. Another example is the song Gazpacho. Its a progressive sounding song with different time signatures. Typically something you wouldnt play in an acoustic way. But we chose for a kind of  La Bamba-vision for that song, and made it to a Mexican sing-a-long thing.

Michel: Was it hard to pick-out the correct songs?

Pete: Sure it was! Each of us made a list with a couple of songs that he thought would work well. We put all those together, and with producer Mike Hunter we chose twelve or fourteen songs and recorded them.

Michel: Can you tell something about Marillions special relationship with their fans?

Pete: Thats quite unique, you know! Its a two-way thing, because we get so much back from our fans. It allows us to do what we want. Theres an incredible respect between us and them. The interaction between us on the website is pretty instant. We respect the fact that they will put themselves out to help us. Its fair to say that Marillion-fans are an intelligent bunch and very faithfull.

Michel: Quite remarkable, because Marillions sound changed a lot.

Pete: Yes, that true. But I think that was always going to be the case. Our second album Fugazzi was quite different than our first album Script For A Jesters Tear. We were always searching for something new, different, and interesting to keep us alive. When Steve joined the band it became more and more apparent.


Michel: What will be Marillions next challenge after all these years?

Pete: Well, something will come along. Mark is very good at coming up with wacky ideas. The next challenge is the same as always: how going forward? Finding your way in our fast changing world. Again finding that valid path. Music is everywhere these days. It is so much more available and used than when I was a kid. In those days the only way to listen to The Beatles was buying a record or listening to the radio. Nowadays you turn your mobile-phone on, and theres a piece of music on it!  So making a piece of music that really means something to people, is a lot harder than it used to be.

Michel: Has Marillion changed their way of recording during the years?

Pete: We are very traditional in that way. We use as much technology as we feel we want to use. Pro-Tools is one of those things. Our recordings are on very high quality. Weve got our own studio, and basically work there. We always have the option to take some stuff home, do it on computer, and bring it in the next day. Technology can be very handy, but also can kill creativity.

Michel: You are one of todays best and most respected bass-players. How come that theres no Pete Trewaves solo-album?

Pete: Thanks for your compliment, but to be honest: its not my kind of thing. I dont know what to do with a solo-album. It would be an album of songs, and not a typical bass-player album like Chris Squire or Tony Levin do.  I write a lot of songs, and they would fit in a solo-project. I once had the idea of doing a solo album, but then I got involved with Jon Michell in the Kino-project. After that I was thinking of going back to working on the solo-album. But then I started working with Robin Boult [ guitars with Fish ] whos a good friend of mine. I enjoy much more collaborating with other people, than working on a solo-project.

Michel: Thanks for your time and answers, Pete. 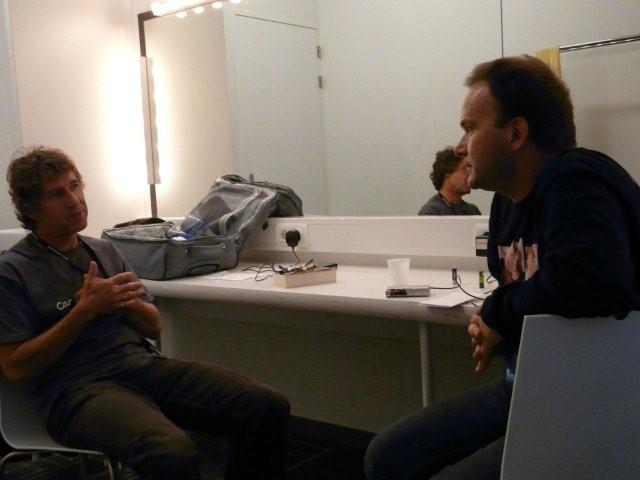