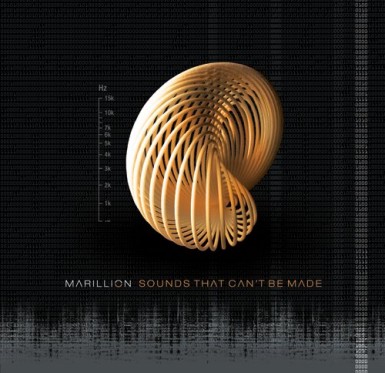 An interview with Pete is on line (from October 2009).

Great symfo-band in the footsteps of Genesis from Aylesbury, Scotland. The book Silmarillion of Tolkien (a fairytale for adults with a leading roll for Bilbo Ballings) is responsible for their name. They start in '79 to perform, a year later the group consisted of :

In '81 the group has found his members and his style. Fish, John-William Dick, is the strong lead-singer who knows how to use his enormous body and his voice (a resemblance with Peter Gabriel is easy made) to make an act. End '82 an EP The Market Square Heroes 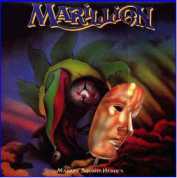 conquers each market place where they performed. Script for a Jester's Tear ('83) is the best debut album, made ever I believe. (Sorry Mike Oldfield). Whole Great Britain is lying on their feet. A mister Wilkinson is responsible for the great artwork; it's a shame that ceedees are so small!

With Fugazi ('84) Europe is taken by surprise.


Real to Reel ('84) is a good live-registration of the bands efforts.
Brief Encounter ('86) is another EP. Bootlegs circulate in big amounts in the stores, with funny titles such as; Selling England for 5 cent.
Misplaced Childhood ('85) contains the hit-single Kayleigh and a wider public is reached. On Clutching at Straws ('87) the group leaves the symfo-trail and the single Incommunicado is not a success.
B-sides themselves ('88) is for all the audio fans who didn't had a all their bootlegs and remixes first singles on ceedee. When it's announced that Fish breaks with his lads the fans are disappointed.

Steve Hogart (ex-Europeans) takes the roll as lead-singer, and it must be said he seems to satisfied a great part of the fans. Seasons End ('89) is an proof that the group will survive even without Fish. Holiday's in Eden ('91) is not selling well, followed by the strong concept album Brave ('94)(with a great rol for Steve Rothery). Strange Engine ('97) seems to be a highlight again and live they perform well. The other ceedee's don't reach the level of to be mentioned...
John Wesly is their support-act from '92 till '98 and then he goes working with Fish! In the meantime Steve Rottery and Pete Trewavas do some 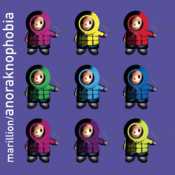 session-work for/ with: Iris, The Wishing Tree, Arena and Hogarth makes an solo-album; The Ice Cream Genius ('97). A bunch of albums are made in the meantime: Brave, Afraid of Sunlight, Radiation and many best of albums.

is an disappointed album from '99. Steve Wilson (Porcupine Tree) produced 5 songs of this site. Followed by three albums for the freaks; The single box, Fracted and a X-mas album.

Robin Boult joined them on their tour, he swom before in the aquarium of Fish for years...


A few dvd's came out: The Single Collection and Brave Live DVD.

Marbles is the excellent (double) ceedee and more dvd's are seeing the daylight! 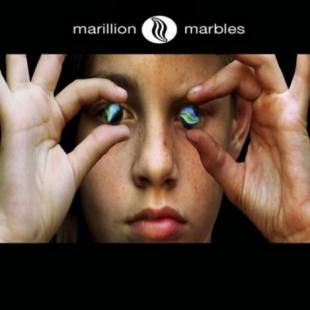 The album Somewhere Else will be released on April 9th 2007 through the band's own Intact label.
For me it's became a Steve H. solo album and think they really lost the tag "progressy Prog". This is an album with excellent spherical songs, mellow, chilly soundscapes, and there's nothing wrong with. And of course you can enjoy the great play of the band members, specially Steve Rothery does a few nice guitar tricks... So maybe I'm old grumpy Marillion-Fish-era fan and I shouldn't be so critical...

Michael Hunter - all sort of things while the band was out,
Sam Morris - French Horn on "Faith",

MARILLION: are to release a 2DVD Extended edition of "Somewhere In London" in November this year ...

Filmed over the final two nights of the "Somewhere Else" album tour at the London Forum in June 2007. The DVD is directed and edited by Tim Sidwell (Bootleg Butlins, Something Else), the soundtrack is presented in in both stereo and 5.1 surround sound, mixed by Michael Hunter. This special 2 DVD Extended Edition is available exclusively from Racket Records, which includes the remaining songs played during the 2 nights at the Forum, plus a featurette of competition winners visit to and exclusive tour rehearsal footage from Marillion's Racket Club studio. Also included are 4 surround sound mixes of Somewhere Else album tracks.
The tracklist is as follows:
In other news Marillion have given details of their "free to members" annual Christmas album - this year entitled Somewhere Elf! This year's edition contains Marillion's re-interpretation of the Christmas classic Let it Snow, recorded at the Racket Club in late September 2007. The remainder of the CD was recorded live at the Racket Club in April 2007 during a rehearsal for an live appearance on the Bob Harris show on BBC Radio 2. This is the first time any Somewhere Else tracks were performed live - and in this case, in front of a very limited invited audience of competiton winners. For full tracklisting details, go here.

NEWS February 2008:
News on the Marillion forum this week of a possible new Fish-era live box-set release on EMI. The box is to contain 7 CDs and a DVD, with new artwork by Mark Wilkinson.

MARILLION: Marillion's 15th album has a title: Happiness Is The Road
It has been announced that Marillion's "Album 15" will be called "Happiness Is The Road". It will consist of 2 separate CDs (full details on www.marillion.com/preorder). Volume 1 is subtitled "Essence" and Volume 2 is subtitled "The Hard Shoulder". Essence (Volume 1) is evolving at the moment into a thematic journey, whilst Volume 2 is more a collection of discrete songs. Recording is still going brilliantly and the new songs we've written have "knocked out" the few people we've played them to.

A soundclip from the new song "Real Tears For Sale", and a podcast of Steve Rothery and Pete Trewavas talking about the new album, can be heard HERE. 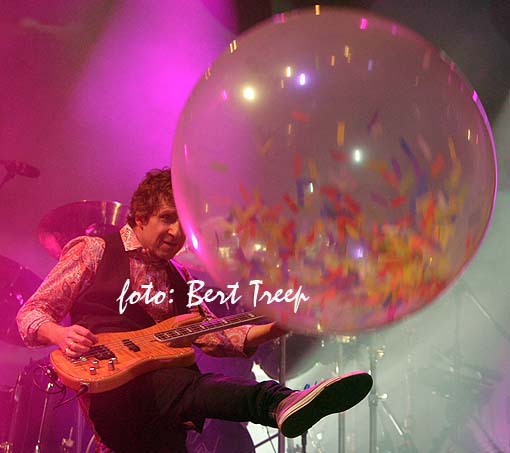 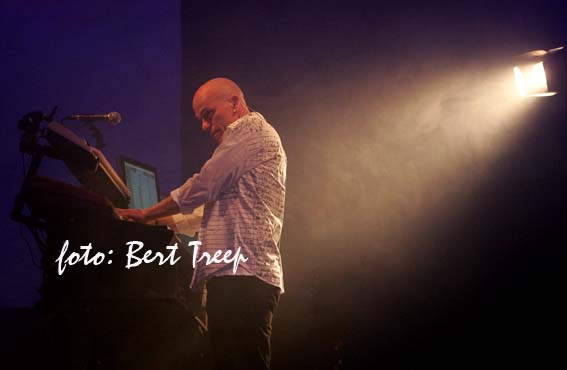 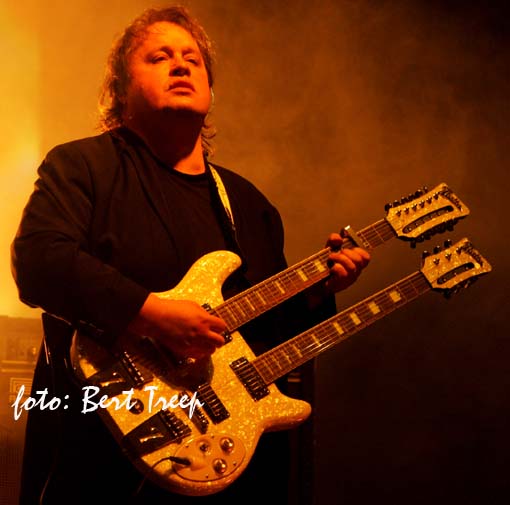 The Friday night was for my friends from the Reasoning, chatting and having some beers...
After seeing the Wishing Tree (with Steve Rothery) (nice ambient show) it was time for the Reasoning to support them, awesome! But i already knew tAT.

Marillion Saturday evening.
My last time i saw them was in the eighties and i saw them a lot then. But wen Hogarth came i lost interest. Sorry.
But after i saw the live dvd from London, i was interested again and yep the last album "Hapiness is the road" is Top.
Saw i witnessed a perfect show, great musicians who deliverd a perfect set. And even for me who didn't knew the songs it was high tea time. Hogart is good frontman and fills in his role with souplesse and some dramatical movements. Abslutely worthed to see and enjoy.
Lightshow and sound was great, was really great.

SAT: "TRACKS OF OUR YEARS..."
(All tracks written ~ not necessarily recorded ~ in year X)

Happiness is Cologne a new album, live, dvd?!?
The band explains: "This is NOT a desk recording. If you were in Cologne, you may have noticed a large array of film cameras and crew at the show. The gig was professionally filmed and recorded to multi-track... 'Happiness is Cologne' is a fully-mixed (by Michael Hunter) live album audio companion to an upcoming live DVD from the same show!"


The new live album art work from our Bert Treep:

Live in Heerlen 8th of October.
The beautiful theater in Heerlen was loaded with a nice audience, average age 40+.
For me it was the second show (including the Convention in Port Zelande) that i saw this band after Fish left. Ss no i'm not the most biggest fan, but things can change.
The show was highly enjoyable, Steve H. made a lot of jokes and had a nice interaction with the crowd.
The show was acoustic or as H. announced "we took the flesh from the bones, rearranged the bones and put the flesh back on". With so now and then Steve R. playing elletric guitar, Steve H. and Mark Kelly sometimes on keyboards. Indeed the songs were stripped and build up again and sounded really fabulous. Without the full electric sound the guys showed that they are good craftmen and understand their job. Althrough it was sometimes hilarisch to see how Pete touched his xylophoons and Steve H. was busy with his harp. Mark was busy with a kind of harp and clockspiel, but i didn't get the clue what he was doing really.
Steve R. and Pete on acoustic guitars was really top, these two guys can play.
Hope that the band will do more of these kind of small shows, because they have the power to interact on very open and funny way with the audience.
I think they have a new re-born fan ;-)

We did a long interview with Pete. So watch out this space.
Will add photos this weekend. Here is a link to Photos B&W from Jaak Geebelen; excellent!

Marillion Holidays in Zélande 5 Disc Live DVD (2011).
And:
'Holidays in Eden Live 2011' is a 2CD live album featuring the audio from the Friday night of the Marillion weekend 2011.
Discs 1, 2 & 3 can be Pre-Ordered from: www.marillion.com/shop/dvd/zelande-saturday.htm

Marillion 2012 is a live recording, direct from the Mixing Desk at Irving Plaza, New York City, USA on 12 June 2012. And is available as download, including a new track "Power". Another track will be availalbe too and is called "Lucky Man".
marillion.com.

DeeExpus feat. Mark Kelly on Keyboards (2011).
Mark Kelly has played keyboards on the DeeExpus album 'The King Of Number 33' available to Pre-order from the Racket Store now.