Legendary Deep Purple keyboard player and composer Jon Lord  also loved for his work with Whitesnake, Paice, Ashton & Lord, The Artwoods and Flower Pot Men  has passed away today, Classic Rock has learned.
A statement from Lords PR representative reads:
It is with deep sadness we announce the passing of Jon Lord, who suffered a fatal pulmonary embolism today, Monday 16th July at the London Clinic, after a long battle with pancreatic cancer. Jon was surrounded by his loving family.
Jon Lord, the legendary keyboard player with Deep Purple co-wrote many of the bands legendary songs including Smoke On The Water and played with many bands and musicians throughout his career.
Best known for his Orchestral work Concerto for Group & Orchestra first performed at Royal Albert Hall with Deep Purple and the Royal Philharmonic Orchestra in 1969 and conducted by the renowned Malcolm Arnold, a feat repeated in 1999 when it was again performed at the Royal Albert Hall by the London Symphony Orchestra and Deep Purple.
Jons solo work was universally acclaimed when he eventually retired from Deep Purple in 2002.
Jon passes from Darkness to Light.

The founders of heavy metal?
But also great symfo with Concerto for Group and Orchestra.

Nick had survived the car crash that had killed Johnny Kidd in 1966.
Curtis dropped out within days, and when Dave and Bobby also proved incompatible, two members of Maze,

They were called the Roundabout.

Followed up by Book of Taliesyn and Deep Purple ('69 and all at the famous Harvest label).

In July 1969 both Evans and Simper were axed from the line-up:

Concerto For Group And Orchestra ('69), scored by classical trained John Lord and recorded with the London Philharmonic Orchestra conducted by Malcolm Arnold (later sir Malcolm), was a hugh effort to combine the heavy rock with an classical orchestra.

Deep Purple established as a leading heavy metal attraction and introduced such enduring favorites as Speed King and Child In Time. Gillan's powerful silver-throated vocals brought a third dimension to their sound and this new-found popularity in the UK was enhanced when the single, Black Night reached number 2. Strange Kind Of Woman followed it into the Top 10, while Fireball and Machine Head both topped the album charts. The latter included the riff-laden Smoke On The Water, based on a real incident involving Frank Zappa and The Mothers and an infamous Montreaux concert.

They made a few good selling albums, just a few to mention: Deep Purple in Rock ('70), Fireball, Machine Head, Made in Japan ('72). In '74 the departures of Gillan and Glover robbed Deep Purple of an expressive frontman and imaginative arranger, although

brought a new impetus to the act. "Burn" and "Stormbringer" both reached the Top 10, but Blackmore grew increasingly dissatisfied with the group's direction and in May 1975 left to form Rainbow.
US guitarist Tommy Bolin (born 1 August 1951, Sioux City, Idaho), formerly of the James Gang and who had impressed Coverdale with his playing on Billy Cobham's "Spectrum", joined Deep Purple for "Come Taste The Band".
Bolin died of a heroin overdose within months of Purple's demise ('76).

Roger Glover solo single succes: Love is all (The singing Frog),
Whitesnake (Coverdale, later on with Lord and Ian Paice),
John Lord made a few classical solo-albums,
Black Sabbath (Gillan followed up James Dio),
Rainbow (Blackmore and later with Glover),
Hughes formed a bands and played also with Gary Moore,
Gillan wetn solo (and sung before that the part of Jesus in Jesus Christ Superstar ('70)) and
Ian Paice played with Gary Moore in the meantime.

Joe Lynn Turner, one of Blackmore's many Rainbow vocalists, joined end of the eighties.

Blackmore joined and left, joined and jumped ship once more during a tour ('94). Joe Satriani took over but couldn't spent more time in Deep Purple because of obligations elswhere.
Steve Morse (ex-Kansas, Dixie Dregs, The Steve Morse Band, et al) (born 28 July 1954, Hamilton, Ohio) was the next guitar hero in Purple ('96).
1998's Abandon album had all the classic rock attitude, nasty guitars, pounding drums and driving bass to scratch that R.O.C.K. itch. The album included a brilliant reworking of "In Rock"'s "Bloodsucker" (retitled "Bludsucker") and the Floydish-style "Watching The Sky" amongst other driving rock tracks.
With help from a dutch guy, Frank de Goeij (he wrote the lost score again) the group played the Concerto For Group And Orchestra again in '99. The album was released a year later.
In 1999 Deep Purple had a very successful tour of Australia and Europe.
The Legend marches on...

Nowadays the band is:

In Neil Christians Crusaders & Outlaws before he went to Deep Purple,
Rainbow ('75-'83),
Blackmore's Night; he plays celtic folk based on old renaissance music like a minstrill did: Shadow of the Moon ('97):
Under the violet Moon ('99) brings you again back to the knights, dragons and princess of a long forgotten time.
Mostly Autumn joined them on a tour through castles in Germany and the land of King Arthur.
He made a few records where he tries to bring us back in time, but i loosed interest, it's nice but it sounds to familiar.

According to TotalRock, Shadow Of The Moon, the current album from Blackmore's Night, is to be used as "wake up music" on on the next space shuttle which is due to be launched by NASA on July 19th 2002.

Ghost of the Rose is his album from summer 2003, really nice artwork!

His latest is called Village Latern ('06).

Candice Knight and Ritchie Blackmore under the guise of Blackmore's Night are to release a new DVD of a live Concert from Paris entitled Paris Moon, which will be released through SPV/Steamhammer on 5th November 2007. 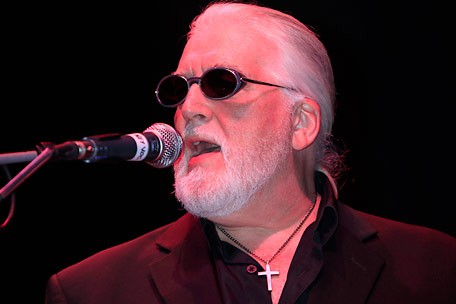 First in Flowerpot Man and then in Deep Purple.
In '76 with Andy Summers - guitar (a Police-man).


Sarabande ('76) is almost classic album with:

He made more solo albums such as Before i forget, Gemini Suite, Windows and after an big silence;
Pictured Within ('99) is an ambitious project from Jon Lord inspired by classical music. Most of the album is instrumental; piano, cello and violin, with the occasional choral voices gracing the lush symphonic textures. If i must but a label on this moody album, i would say New Age. With: 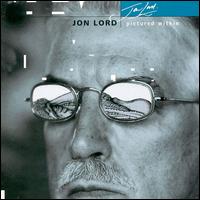 To Notice Suchs Things April 2010.
The album is dedicated to the memory of his late friend Sir John Mortimer and contains a six piece suite for solo flute, piano and string orchestra as well as three other compositions for the same forces.

News;
On April 15 2009, Jon Lord joined Deep Purple onstage at the International Forum in Tokyo. He played two songs with the band - Perfect Strangers and Smoke On The Water - the last song also featured Yngwie Malmsteen.


Once And Future King ('03) a Rock Opera written by Gary Hughes.

The musical feel here is a mix between prog-like metal and melodic, heavier AOR (ala TEN). Everything from ballads to heavy, powerful hymns can be found here and the songs are catchy and quick to enter your mind. Those who enjoyed other rock/metal operas like AYREON, STAR ONE should find "Once and Future King" to be a nice addition to their collections. SESSION FOR: