WELCOME TO THE MACHINE

One of this years striking albums is Guilt Machines On This Perfect Day. Ayreon-mastermind Arjen Lucassen formed this project with three other musicians (including his new partner Lori Lindstruth), and made an album full of sacred soberness and beautiful intensity. According to Arjen it had to be this way, because hes guilty as charged.

[MS]: What kind of reactions did you received after the release of GUILT MACHINE?

[]:  We were actually very happy to get many positive reactions from people who dont like Ayreon that much. Most Ayreon fans enjoy the album as well, unless they expect this big over-the-top multi-singer rock opera thing :-) The limited edition was sold out even before the release and we entered the charts here in , so you could say that is an excellent start. 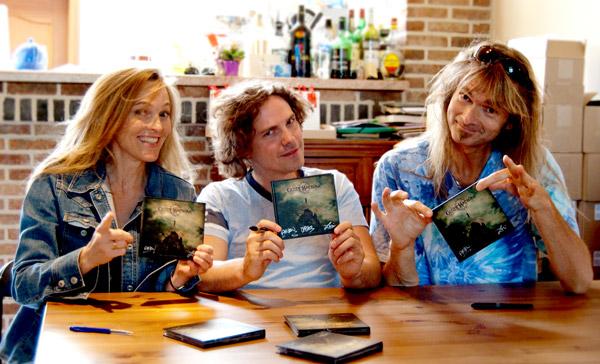 [MS]: And what kind of reactions or success did you get outside The Netherlands?

[]:  Loads of enthousiastic fanmails from all over the world and practically only good reviews! You can check them here: http://www.ayreon.com/aal/aa_albums_gm.html#reviews

[MS]: Lori wrote all the lyrics. Werent you involved in writing some lyrics?

[MS]: How did that manage? Wasnt there a moment when her lyrics and your music did not harmonize and some adjustments were needed? After all you always worked alone on your projects (according to writing and producing).

[]:  Yes, as always this control freak had the final say. Here and there I asked Lori to change some small details, but nothing major.

[MS]: Are all the songs based on personal experience?

[]:  Lori tried not to write auto-biographical lyrics, she didnt want to bore people with our personal problems. But of course personal experiences have influenced her in writing these lyrics. She hopes a lot of people can identify with the lyrics. We already got many mails of people whove been going through similar problems and who weve been able to help just a bit.

[MS]: Are you more satisfied with GUILT MACHINE than AYREONs ZERO ONE?

[]:  Yes, this album is much more consistent. Which doesnt mean of course that its a better album, thats for the listeners to decide. I guess its hard to compare the two anyway. 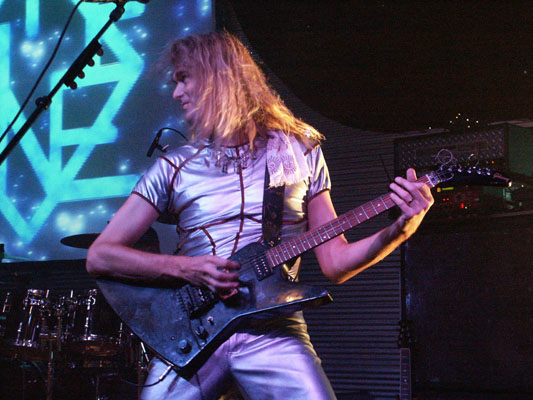 []:  Thanks! Yes, as a finale it works perfectly. It has all the typical Ayreon fingerprints from the previous albums.

[MS]: What doesnt make you satisfied?

[]:  I definitely feel that there were too many singers. I didn't have enough room to fit them all in. I even had to sacrifice instrumental parts and solos. I could have gotten more out of some of the singers if I would have had more space.

[MS]: For example: what do you mean by consistent?

[MS]: What kind of bands/artist have inspired you during the composing and producing-

[MS]: There arent many vintage synthsounds on GUILT MACHINE. How come?

[]:  Im already using a lot of vintage synthsounds on Ayreon, and I tried to walk a different path this time, because we wanted this album to have a more modern feel. Having said that, there is a lot of Mellotron, Minimoog and Hammond on Guilt Machine. Just no synth solos, but Loris guitar solos.

[MS]: Is there a chance of further collaborations with singer Jasper Steverlinck? He fits

perfect with your productions!

[]:   I agree! Yes, I would love to work with Jasper again. He did make it clear he doesn't like to sing sci-fi lyrics though. 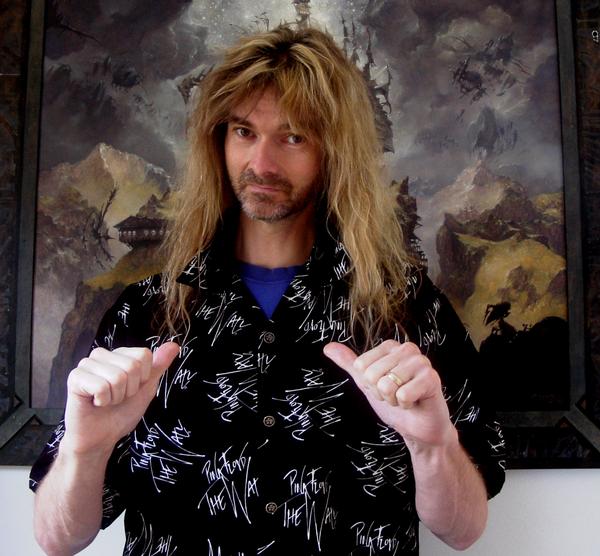 [MS]: Whats your meaning about the musical industry and downloading? Did it shatter your career?

[]:   Not yet, but it will. My only income is from the sales of CDs or payed downloads, since I don't play live. If everyone will illegally download my music in the future, I won't be able to continue in the same way.

[MS]: Whats up for the future Arjen?

[]:   I just started working on a new project, possible a Star One. I feel like making some noise again!

[MS]: Thx for your time Arjen, see you the next time.
Michel Schreijen Nov 2009.